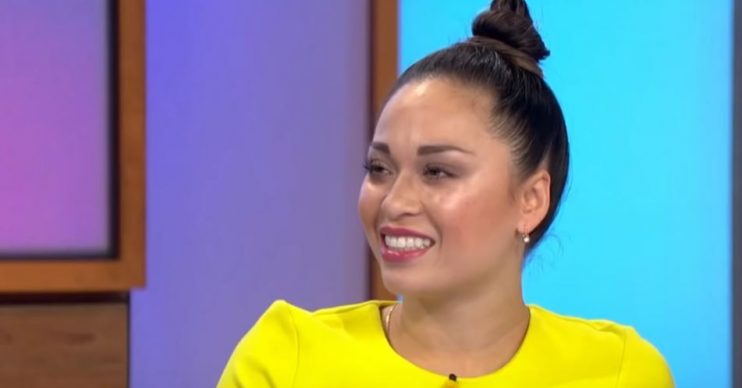 Katya Jones has explained why she burst into tears after her latest performance on Strictly, telling the Loose Women panel they were tears of relief.

The Russian pro, 30, was on the chat show today (15.10.19) with her celeb partner, presenter Mike Bushell, to talk about this year’s Strictly Come Dancing and their week four routine.

On Saturday’s (12.10.19) episode, the pair did the quickstep to Come On Eileen by Dexy’s Midnight Runners.

Just as their performance ended, Katya collapsed on the floor in a flood of tears and Mike threw his arms around his pro partner to comfort her.

Later, the judges awarded them 32 points out of a possible 40.

Katya explained the dramatic reaction on Loose Women, after Mike said a disastrous dress rehearsal for the routine made him especially worried ahead of Saturday’s live show performance.

Katya said: “The problem with quickstep, you lose one step and the rest of the routine is so hard to pick up.”

Mike told them that during the rehearsal “one tiny step went wrong” and the whole routine “fell apart” as a result.

Katya continued: “I said to him, ‘Don’t even rehearse it, forget it, you’ve got it, we’ve done it a million times’. I just told him, ‘Imagine we’re in our little village hall dancing for your daughters.”

Explaining her tears, she said: “I was so relieved. People see the Saturday night performances, happy happy. They don’t see the week we go through.”

Elsewhere on Saturday’s Strictly, Katya had viewers chuckling after saying said she would like to kiss Mike, just one year on from her ‘snogging scandal’.

After wowing the judges, Mike was pleased and kissed her on the cheek.

A tearful Katya then grabbed the gaffe-prone BBC Breakfast star around the neck and said: “I want to kiss him so much! He worked so hard!”

Her words went down a treat with Strictly viewers on Twitter, many of whom couldn’t help but laugh at how awkward her words were, considering the uproar over her kiss with Seann Walsh last year.