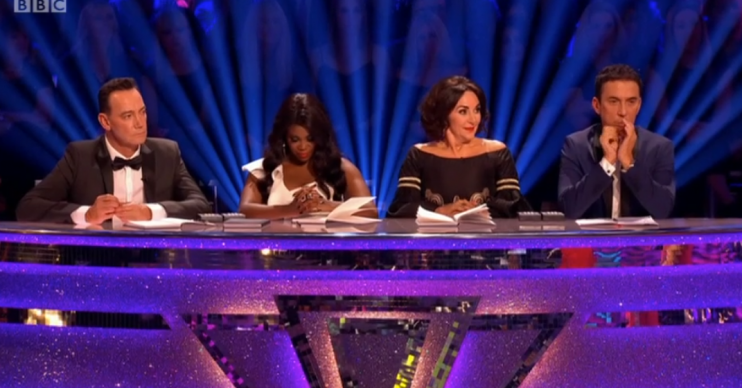 Strictly judges slammed for most controversial elimination of series so far

Viewers are NOT happy!

Viewers of Strictly Come Dancing have been left fuming after tonight’s elimination show.

They were surprised by the two acts in the dance-off and bitterly disappointed by the celebrity and pro sent home, which were controversially leaked the night before.

Viscountess Emma Weymouth and Aljaz Skorjanec, and Dev Griffin and Dianne Buswell performed their routines for the judges again.

Emma and Aljaz were jiving to Kim Wilde’s Kids In America, while Dev and Dianne did their cha cha to Sam Smith’s Dancing With A Stranger.

Emma and Aljaz were complimented by the judges and it was decided that the pair deserved to stay in the competition.

Craig Revel Horwood said: “The couple that really shone in that particular dance-off and came to life was Emma and Aljaz.”

Bruno Tonioli said: “I have to save the couple that showed no mistake. Emma and Aljaz.”

Motsi Mabuse told the pair: “Particularly on that dance-off, one couple looked more safe, they looked more on top of it. I’m going to save Emma and Aljaz.”

Head judge Shirley Ballas said she would have also saved Emma and Aljaz.

Dev said: “I’m absolutely gutted but learning how to dance and hanging out with Dianne and the pros and other celebrities [has been amazing].”

Dianne added: “Dev has been absolutely amazing, his work ethic is insane. I couldn’t have asked for a better partner. He’s so talented and thank you very much.”

Viewers weren’t happy with the decision and shared their thoughts on Twitter.

The judges really messed it up for Dev. Their critique was unjustifiably harsh. He is a far better dancer than at least 6 other contestants. Ridiculous. #Strictly

Very harsh on Dev. Judges scoring this week has been nothing short of ridiculous 😒 #StrictlyComeDancing #strictly #SCD2019 #SCD #strictly2019

@bbcstrictly i dont understand did the judges not see Dev’s improvement? Did they not see Emma not retracting the legs? 🤔 #Strictly

Do you think the wrong couple were booted out? Leave us a comment on our Facebook page @EntertainmentDailyFix and let us know what you think.