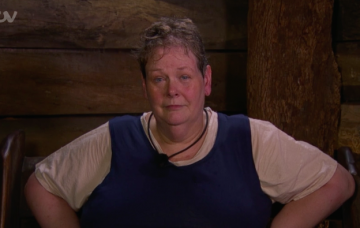 The truth has been explained

Fans have questioned whether Anne Hegerty has often been exempt from Bushtucker trials on medical grounds because of her Asperger syndrome, but it has been confirmed that this isn’t the case.

Anne’s manager, David Hahn, and her The Chase co-star, Mark ‘The Beast’ Labbett, spoke on Good Morning Britain to set the record straight.

David told Susanna Reid and Piers Morgan: “Before they go, the medical that they go through everybody. She’s 60 years old. The rigorous checks they go through are incredible… they don’t leave any stone unturned.”

David continued: “They can’t take any risks. If they say she can’t do a trial for medical reasons, it has got nothing to do with her Asperger’s or autism.”

He explained: “She reacts terribly to the unexpected, that’s just one of the things autistic and Asperger’s people do. That’s why the first trial, she wasn’t expecting it and it threw her.”

Anne has said she was diagnosed later in her life.

Read more: I’m A Celebrity viewers in hysterics over Harry Redknapp’s rap about his wife

Mark, who missed out on an I’m A Celeb spot because of his weight two years ago, added that ‘The Governess’ absolutely “bossed” her next challenge because she was prepared.

On last night’s show, after a heart-to-heart with campmates Emily Atack, Rita Simons and Sair Khan, she admitted she was starting to see the jungle experience as “fun”.

Anne, who had a difficult start to the show and contemplated leaving, also impressed viewers during the Horrible Hospital Bushtucker trial last night.

It saw her navigate through rooms full off snakes, spiders, raw meat and pigeons, to find stars to feed her campmates.

The final part of the challenge involved her climbing into an air vent with giant lizards, to which she yelled: “I’m A Celebrity… Get Me Out Of Here!”

Do you think Anne could win the show? Leave us a comment on our Facebook page @EntertainmentDailyFix and let us know what you think.