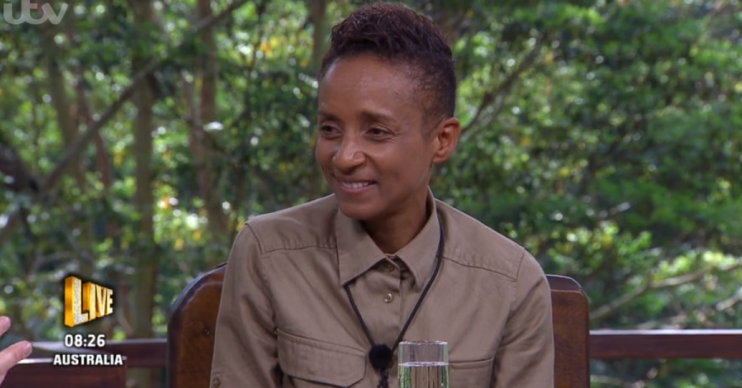 She became the first campmate to leave

The radio DJ shared a photo to Instagram on Saturday showing herself sitting in the bath in her hotel room at the Palazzo Versace in Australia.

Adele told fans she was having her third bath of the day as she joked she was trying to “wash fish guts out of her hair”.

She’s still washing fish guts out of her hair. Third bath of the day & they’re still not out! 😫🛁 #TeamAdele #ImACeleb

Read more: I’m A Celebrity: Adele Roberts is the first celebrity to be evicted

She wrote: “She’s still washing fish guts out of her hair. Third bath of the day & they’re still not out! #TeamAdele #ImACeleb.”

Fans expressed their sadness to see Adele leave the jungle.

Third bath of the day & they’re still not out!

One person said: “I just heard that you left. I am DEVASTATED!!!! You should not have gone!”

Another wrote: “Go girl! You were AWESOME.”

A third added: “You were awesome! Lovely lady.”

Adele was in the bottom two alongside Nadine Coyle in last night’s vote-off.

Hosts Ant McPartlin and Dec Donnelly then announced that Adele was the first campmate to leave.

Speaking in her exit interview, Adele told the pair: “I’m just amazed that I lasted that long. I’m just so glad that I finished my time in the jungle and I didn’t say, ‘I’m a celebrity… get me out of here.’

“I could’ve said it many times but I didn’t.”

When asked if she has become stronger since her stint on the show, Adele said: “Without a doubt. I feel like I’m stronger than I realise and there are so many things that I can do, it’s just the way that you view things.

After 14 days in Camp tucking into all the Jungle delicacies and facing an array of terrifying Trials, @AdeleRoberts has left the Jungle! #ImACeleb pic.twitter.com/fPTSS4jNR8

“And things like seeing a spider in a bath won’t bother me anymore.”

Adele was asked who she would like to see win the show and she said: “Happy for anyone to win it but Nadine, she’s my girl.”

– I’m A Celebrity continues tonight at 9:10pm on ITV