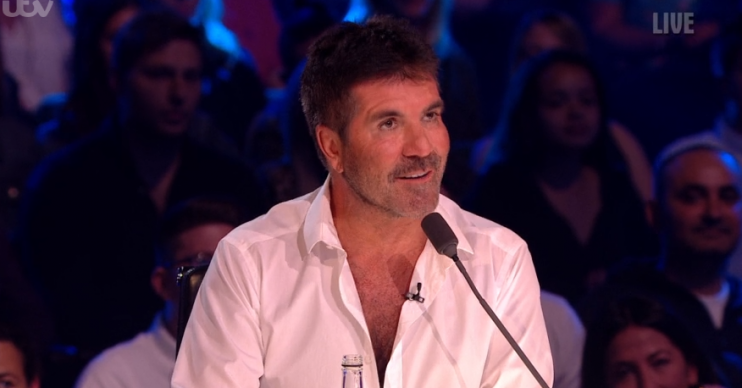 He's had quite a transformation

There were some impressive Britain’s Got Talent acts on last night’s live show, but fans were equally stunned by Simon Cowell’s appearance!

The BGT boss and judge looked rather different as he revealed his recent weight loss to the nation.

The 59-year-old sported a slimmer physique and wore his signature white shirt unbuttoned lower than ever.

Up until the live shows, Simon appeared fuller-figured on BGT because filming for auditions began in February.

The dad-of-one looked rather different a few months ago.

Fans of the show were quick to point out Simon’s impressive transformation.

He is said to have lost around 20lbs, according to the MailOnline.

“What is Simon Cowell’s secret for his weight loss!? Someone tell me!” tweeted one viewer.

Another added: “Simon Cowell looks amazing! How has he managed to lose so much weight?”

A third exclaimed: “Simon Cowell has lost so much weight!!!”

What is Simon Cowells secret for his weight loss!? Some tell me! #weightloss @BGT @SimonCowell

Simon Cowell looks amazing! How has he managed to lose so much weight? #bgt @SimonCowell

Simon cowell has lost so much weight!!! #bgt

Meanwhile, others admitted they find Mr Cowell attractive with his new look.

“Simon Cowell has lost SO MUCH weight he’s officially back at the top of my list of potential sugar daddies,” joked one fan.

The reason for Simon’s slimdown is thanks to a major lifestyle change in recent months.

The meat-loving music mogul recently revealed he had gone vegan, in a bid to get healthier ahead of his 60th birthday this year.

He told The Sun in April: “A friend of mine, who is a doctor, recommended speaking to an expert, and I did it on a whim.

“Within 24 hours I changed my diet and I’ve not looked back since. You feel better, you look better.

“I cut out a lot of the stuff I shouldn’t have been eating and that was primarily meat, dairy, wheat, sugar — those were the four main things.”

What do you think of Simon’s transformation? Leave us a comment on  our Facebook page @EntertainmentDailyFix and let us know.