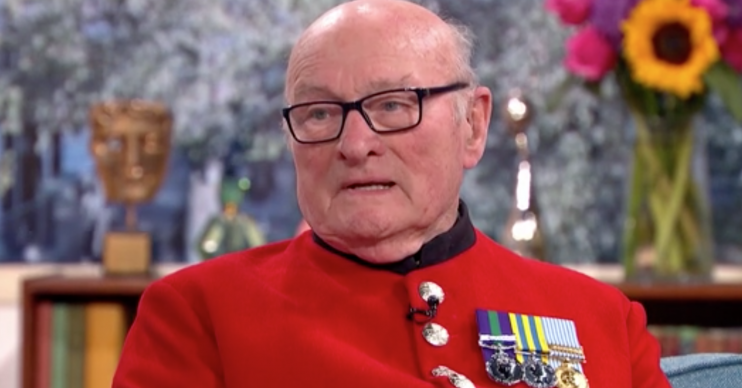 Britain’s Got Talent winner Colin Thackery has appeared on This Morning and told hosts Holly Willoughby and Phillip Schofield that he plans to help fellow war veterans with his prize money.

As Ent Daily reported, Colin was named as the favourite to win the show after he performed Dame Vera Lynn’s We’ll Meet Again in the semi-finals, during which he paid tribute to his wife Joan, who died in 2016 following a battle with breast cancer.

Now the kind-hearted man of the moment has revealed just what he is planning on doing with his bumper win.

Colin, who served in the British military for 25 years, is one of 300 veterans living at London’s Royal Hospital Chelsea. And now, he says, he is keen to help the charity.

Asked what he’s like to do with the money, Colin told Phil: “Well, first of all, the hospital. We’re a charity and we’ve got a new centre we’re wanting to build.”

He added: “I’d love to think I set the whole thing off.”

The Britain’s Got Talent winner – who sang Michael Ball’s Love Changes Everything in the final – also revealed that he would like to help his four grandchildren lay the foundations for their future.

He said: “I’ve got family. Grandchildren wanting to get on the property ladder and that sort of thing.”

Opening up about how it felt to be crowned the winner of Simon Cowell’s ITV talent show, Colin revealed he was “astonished” when the show’s hosts Ant and Dec announced his name.

He admitted: “My ambition was to be on the telly once, dressed like this. But it’s gone on and on.”

Colin will also sing at the Royal Variety Performance. He earlier revealed that, if he won the show and got to perform in front of the Queen, he could “die happy”.

He added: “I have served her for 25 years, to sing in front of her would be a dream come true.”

What do you think of Colin’s plans for his prize money? Head over to our Facebook page @EntertainmentDailyFix and let us know!

Britain's Got Talent This Morning