Fresh from the news that she has signed a record deal and will showcase her talents on Britain's Got Talent, Amanda Holden has paid tribute to the show's boss Simon Cowell.

She has revealed that she feels incredibly lucky that Simon picked her to appear on the talent show's judging panel, admitting that it allowed her to step away from the headlines about her private life.

Before her marriage to husband Chris Hughes – with who she shares daughters Lexi and Hollie – she was married to Les Dennis.

She cheated on him with actor Neil Morrissey.

Now Amanda admits that her role on BGT allowed her to move away from headlines about her love life and let the British public see the real her.

Speaking to The Mirror, she revealed: "Starting out on Britain's Got Talent was liberating for me.

I think I was able to make a wider audience understand that I probably wasn’t as bad as I’d been portrayed.

"At the time I was with Chris, we'd been together for something like five years, but people still kept going on about Les and Neil."

She said BGT allowed her to shatter people's "preconceived ideas" of her. 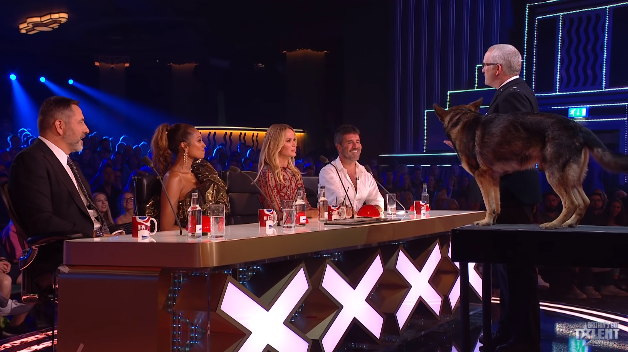 Amanda says her role on BGT has been "liberating" (Credit: ITV)

Saying that the show is now "the biggest thing in my life", Amanda admits she was "lucky" that Simon Cowell picked her to appear on the show.

She said: "Simon picked me because I was in a very well-known drama at the time.

"I was lucky that I was in Wild At Heart and he knew me. My career as an actress has essentially been put on hold, because BGT has been the biggest thing in my life."

Amanda has recently been enjoying a sunshine holiday with her family, before returning to work on her Heart breakfast show next week.