Disgruntled viewers have hit out at morning TV host Lorraine Kelly, accusing her of not letting guests get a word in edgeways.

The popular presenter, 58, chatted with Sheridan Smith earlier today about the 37-year-old's acclaimed acting career and struggles with her mental health, with many fans over the moon to see the Cilla star on the ITV show.

Dozens of fans on social media hailed Sheridan an "inspiration" for opening up about losing her father two years ago and the impact it had on her well-being.

And several more tweeted directly at the down-to-earth performer as they watched the programme to share their own experiences of grief. 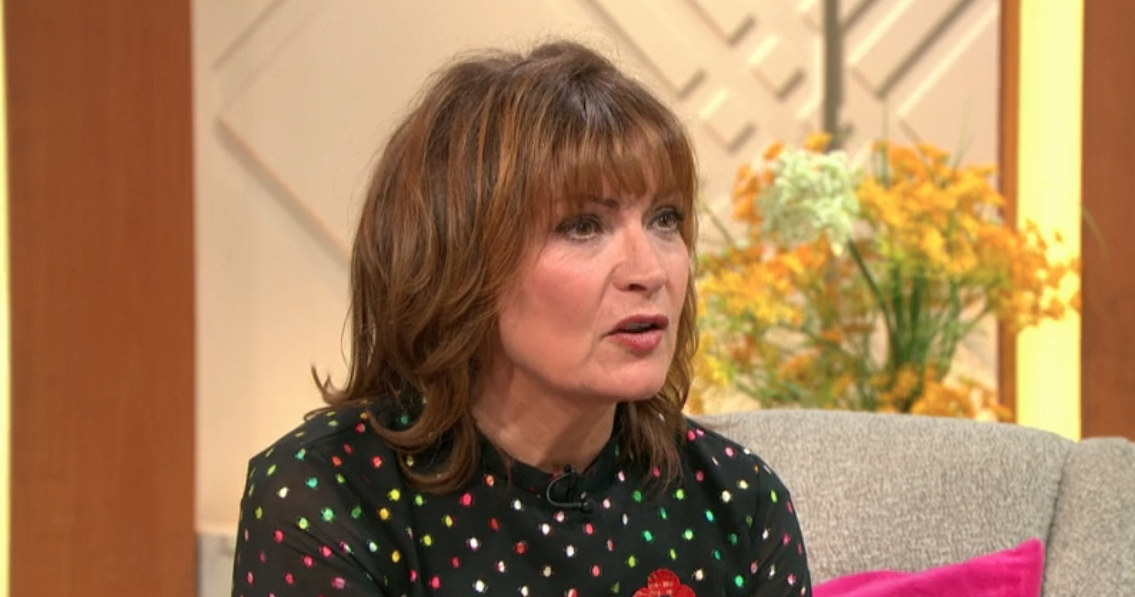 Read more: Emmerdale fans worried for Paddy as he heads towards a breakdown

But while plenty of viewers enjoyed the "sympathetic" chat, not everyone watching agreed that the host had got the most out of her guest.

One furious fan felt Lorraine had been rude by dominating the discussion.

They tweeted: "For goodness sake, Lorraine, let the guest speak!

"Your constant wittering is so annoying!"

Sheridan has been very open about her mental health struggles (Credit: FameFlynet UK)

The tweeter continued: "The lovely Sheridan Smith didn't get the chance to say anything and this is so typical of Lorraine ....she can't shut up long enough to interview anyone…."

Another observer tweeted how they believed Lorraine had showed little concern for or was not engaged with Sheridan’s story.

Lorraine doesn’t care about anyone ! 😂 #lorraine

And another dissatisfied Sheridan fan was put off from watching at all when they realised another show regular, showbiz journalist Dan Wootton, would feature elsewhere on the programme.

#lorraine I was looking forward to watching Sheridan Smith on the show....but not that idiot @danwootton has come on...I've been forced to switch over :-( @lorraine Get him off my TV.

There were no such complaints from Sheridan herself however, who later tweeted out her thanks for appearing on the episode to Lorraine and her own near 700,000 followers.

Thanks for having me @lorraine 😘 xx pic.twitter.com/SKKPUJCqGw

She explained during the appearance that the general public have been generally very considerate to her - although Sheridan did admit there was a backlash when she cancelled concert tour dates in 2016.

Sheridan said: "I totally had a breakdown and unfortunately because I was spiraling out of control and making mistakes, there are things I really regret because I wasn’t in the right frame of mind.

"I kind of understand that will get a backlash and people will think 'Well, what on earth’s going on?', but you kind of don’t know what’s going on behind the scenes."

My favourite actress and singer in the world! What an inspiration! What a lady and what a legend

....and @Sheridansmith1 interview on @lorraine was just brilliant. Sheridan was just lovely and looked so so beautiful. 💕

And speaking about her dad's passing she reflected: "Everyone goes through grief don’t they? When you’re finally out the other side obviously it still hits you.

"People have been really supportive so that’s really helped me as well."

She's had the toughest year of her life, but @Sheridansmith1 is back on track pic.twitter.com/vzbAWO7d8E