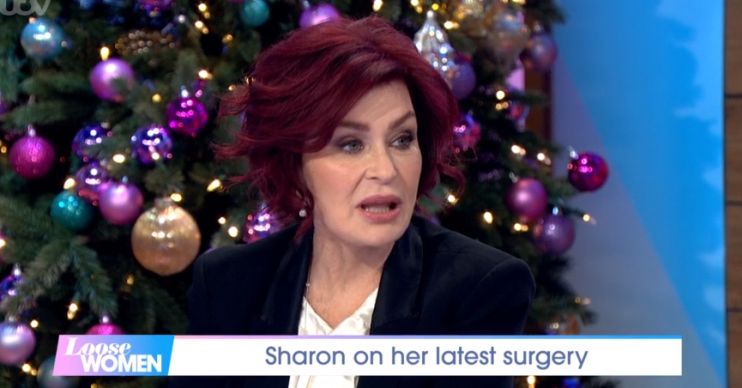 Sharon Osbourne admits she was ‘in agony’ after fourth facelift

She underwent the procedure earlier this year

Sharon Osbourne was in agony after having her fourth facelift earlier this year.

The 67-year-old TV star underwent the procedure earlier this year but admitted that she was in terrible pain after it.

Speaking on ITV’s Loose Women on Wednesday, Sharon said: “It hurts! When people say it doesn’t hurt, believe me it hurts.

And Sharon previously revealed that although she is happy with the results of her surgery, she thinks it is hard to get a good facelift these days.

When people say it doesn’t hurt, believe me it hurts.

Asked by American talk show host Jimmy Kimmel why she thinks some people don’t look “normal” after the procedure, she said: “You know what it is? It’s just that it’s so popular now for men and women to get facelifts that there’s very few, really good surgeons and there’s so many people wanting to have it done that, odds are, you’re gonna get a dud.”

She said: “I think, too, a lot of people go in to change too much and then it just doesn’t work.”

She said: “It’s not a new look. I mean, what am I gonna do? I’m gonna come back looking like Michael Jackson?

“No. I’m going and just having a refresh. Like I’ve had a lot of sleep. In a tomb. Embalmed.”

Meanwhile, during her appearance on Loose Women, Sharon said she isn’t spending Christmas with her husband Ozzy.

Ozzy was hospitalised earlier this year after suffering a fall at his LA home, which dislodged the metal rods in his spine that had been put in after a quad-bike accident in 2003 and the tumble also caused his spinal cord to become compressed.

Sharon admitted she is very sad that she will be separated from 71-year-old Ozzy – who will remain at their Los Angeles home – but is looking forward to spending Christmas Day with their daughter Kelly Osbourne.