Carol McGiffin lashed out at "annoying" Kaye Adams in a heated debate on Loose Women.

On Friday's show, the panel were discussing whether Prime Minister Boris Johnson should apologise for the comments he recently made about MP Jo Cox, who was murdered in 2016, which have caused backlash.

During a speech in the House of Commons on Wednesday, Mr Johnson said "the best way to honour" her memory would be to "get Brexit done". 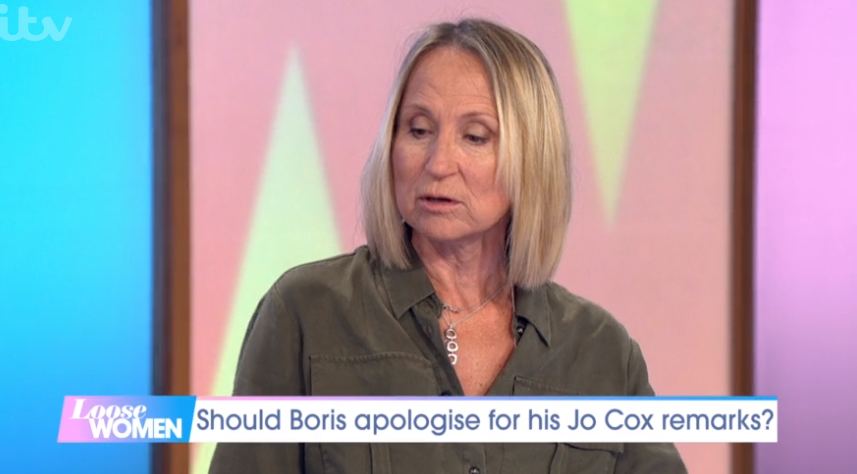 The panel were discussing whether Boris Johnson should apologise for comments he recently made about MP Jo Cox (Credit: ITV)

The panel were divided over his remarks and Nadia Sawalha admitted they all had a "massive row" in the morning before the show aired.

Carol ranted: "We can't put it all down to Boris Johnson," to which Kaye interrupted: "I wasn't going to."

Carol continued: "But everybody is. All the newspapers and everything is about Boris Johnson causing all this bad language.

"The other side are almost worse with the way they talk about other MPs. I won't name any names but they've made terrible remarks that they don't ever have to apologise for."

Kaye said: "I'm not in any way putting the blame at his door but having said that, to get us all of of this situation that we've got into, we need a leader. 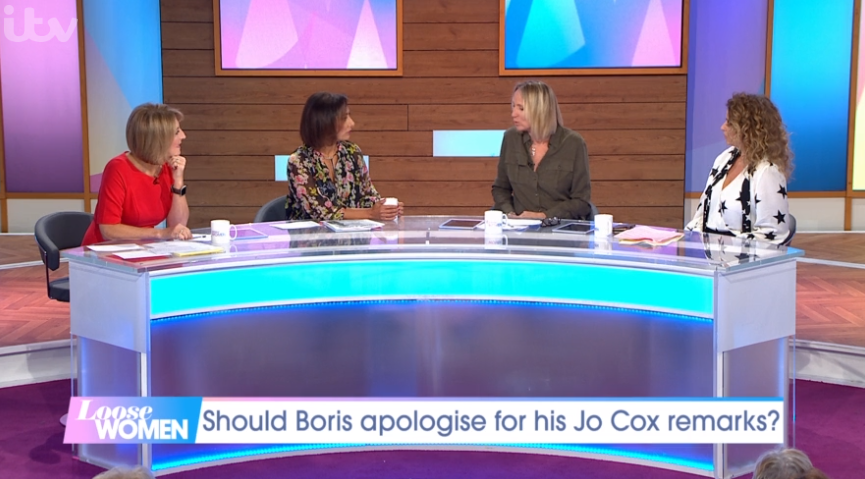 "We need somebody to lead us out of this. Anyway moving on, I've got some good news for you Carol."

Carol didn't look too impressed and said: "Have you? What?" as the audience laughed.

You've always got to get the last word in so nobody else can challenge or argue with you.

Carol said: "No you're just too annoying! You've always got to get the last word in so nobody else can challenge or argue with you."

The audience gasped as Carol asked them: "She does, doesn't she?!" 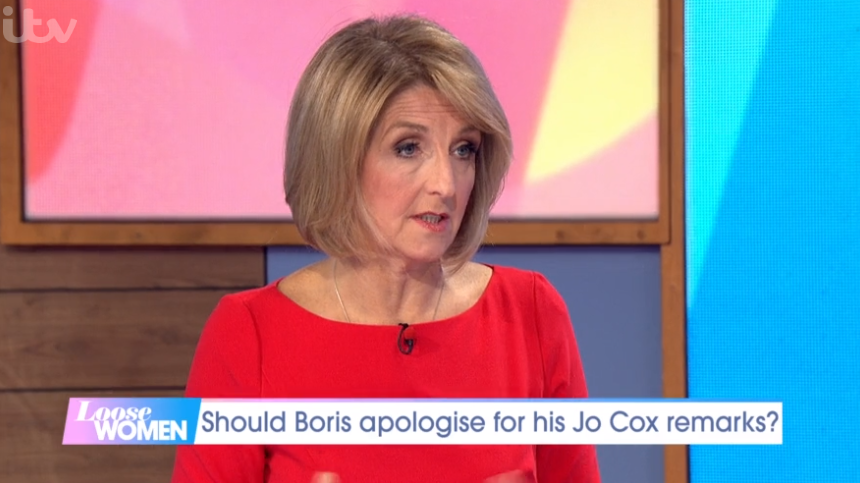 Viewers were also divided over the issue, with some disagreeing with Carol.

Does Carol McGiffin EVER stop shouting when she's on the panel. Get her off!

@loosewomen sorry Carol youre talking rubbish. People didn't vote for a crash out no deal Brexit

Others agreed with the star.