Good Morning Britain viewers have hit out at the show for their 'bizarre' and 'boring' interview with US singer Michael Bolton this morning.

Kate Garraway and Ben Shephard were chatting to Michael about his 50 years in showbusiness and the singer was sitting next to Kate in the studio on a bed covered with Rose petals. 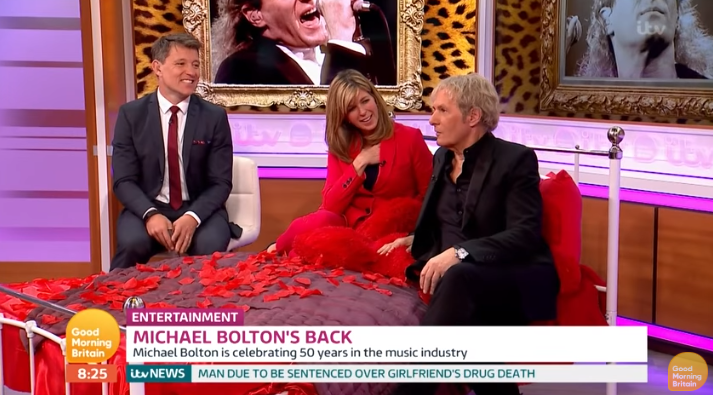 Yes, you are seeing correctly, that is a bed strewn with rose petals (Credit: ITV)

As he answered questions about his latest album, A Symphony of Hits, Ben tried to make things a little less awkward by saying he felt "like a gooseberry" - but his joke fell flat.

Michael talked about his family and his time in the music business, but the interview just felt a bit odd. 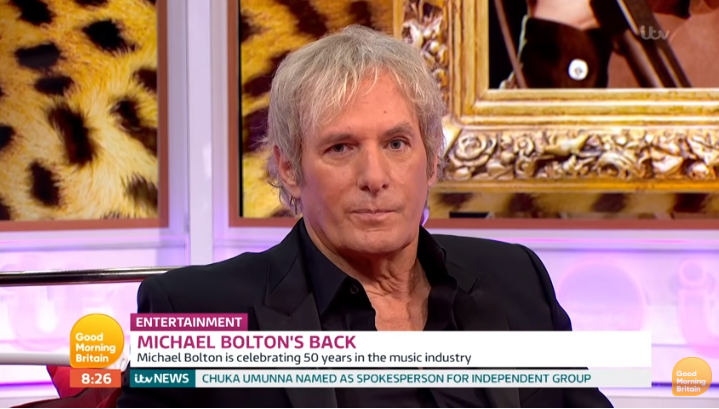 Michael was an unimpressed as viewers (Credit: ITV)

Fans of the show were unimpressed both with the bed idea and with Michael himself.

Does Michael Bolton know where he is? He looks lost.

They posted on Twitter just how uncomfortable they found the whole thing.

#gmb Michael Bolton was so dull the last time he was on, why bring him back? #boring

#GMB @benshephard @kategarraway who the hell thought it a good idea to put Michael Bolton on that stupid prop bed. #ridiculous

Is #MichaelBolton awake or even alive, he’s looking a bit wooden on #GMB 😂

Does Michael Bolton know where he is ? He looks lost 🥴#GMB

But some fans just felt sorry for the singer, who they said looked "mortified".

@GMB Michael Bolton looks mortified to be sat on this bed. Who T F thought it was a good idea? Someone on work experience? #gmb

Michael Bolton clearly regretting it has come to this. #gmb

Did you find Michael's interview awkward? Leave us a comment on our Facebook page @EntertainmentDailyFix and let us know what you think!