Good Morning Britain presenter Ben Shephard left his co-hosts Kate Garraway and Susanna Reid stunned on Thursday's episode when he admitted he "caught something" during a fateful foam party encounter during his youth.

The GMB star, 45, said he had a "unforgettable night" when he was working on a BBC holiday show and was sent to report on a foam party in Magaluf.

He explained: "I went to one of those foam parties in Magaluf once and I've not forgot it. I've not got rid of what I caught, either.

"I was filming for the BBC Holiday programme back in the day. I thought this would be brilliant and it just wasn't." 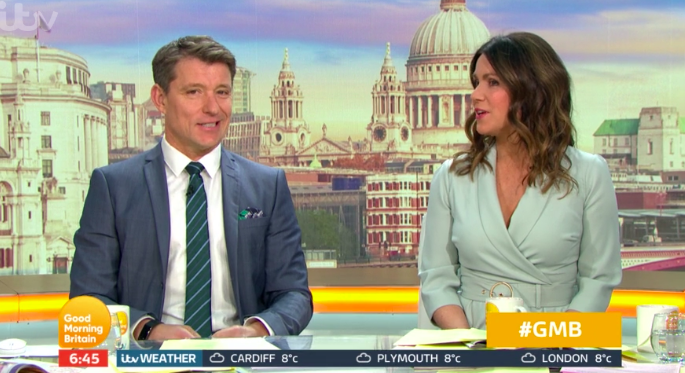 A shocked Kate let out a shriek, and Ben continued: "I seem to remember she was northern and that's about all I can remember."

Everyone should do it at some point, trust me!

Martin said: "We still want to know what you caught though! I feel like I've walked into a Carry On film here."

But Ben tried to divert the rather intimate nature of the story and simply said: "I'm not saying. It is something I will never forget. It was an education.

"Let me just explain. There's lots of ways you can holiday in Majorca. it's a beautiful island, there are three areas you can go to. There is high end, then families, then the party town.

"There were three of us going to different parts and I ended up in the party town. Well, I've not been back. I tell you what it is an experience. Everyone should do it at some point, trust me!" 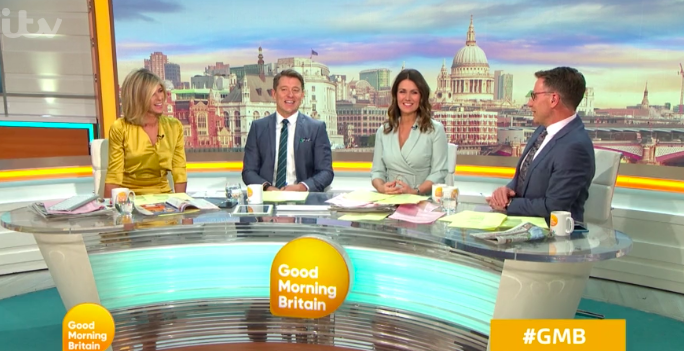 Ben Shephard surprised his co-hosts and viewers alike with his tale (Credit: ITV)

One user tweeted: "Oh Ben it's all coming out now ain't you a naughty boy!" and another user tweeted: "I'll never look @benshephard the same way again after that Magaluf story... #GMB".

A third tweeted: "@benshephard You must have lost your filter this morning."

Ben married his wife Annie Perks, in 2004, and they have two children together.

Good Morning Britain continues weekdays on ITV at 6am.

What do you think of Ben's story? Share your thoughts with us on our Facebook page @EntertainmentDailyFix.