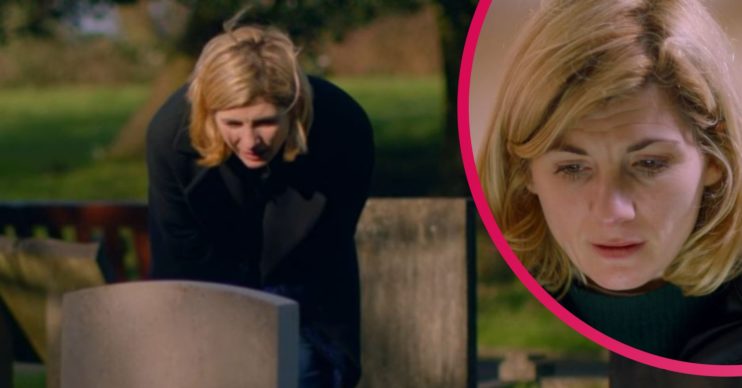 Jodie Whittaker fought back tears on Who Do You Think You Are? as she learned that her great-grandfather and great-grandmother might have had to bury their estranged son.

The Doctor Who actress, 38, featured in the first episode of the popular BBC One documentary programme’s new series.

What happened in Jodie Whittaker’s Who Do You Think You Are?

In the first episode of the new series, Jodie learned all about a great-uncle on her father’s side who tragically lost his life, age 24, in the First World War.

The documentary revealed that Walter Clements went off to fight in the conflict after working as a porter at a military hospital in England.

Jodie praised ‘hero’ Walter for going off to battle voluntarily, despite witnessing first hand the horrific injuries of those coming back from France.

She said in the documentary: “He will have seen death on a daily basis, and I don’t think seeing that, you would have the naivety to think you’re going to be okay.

“Bricking it but doing it; that’s a hero to me.”

He will have seen death on a daily basis… bricking it but doing it; that’s a hero to me.

Jodie questioned why he would have been so willing to go off and give his life – and wondered what kind of connection he shared with his family.

She learned that Walter was born in Yorkshire, but didn’t move to London with his mother, Eliza, and step-father, George, when they moved there.

They had a number of other children, including Jodie’s grandmother, Greta Verdun Bedford. However, Walter didn’t seem to be a part of the family in any of the records Jodie looked over.

Walter was injured in the war. And despite the fact he could have applied to continue in a non-combat role, he decided to go back out to fight in the war effort.

However, he was injured again, much more seriously this time, and was sent to a hospital near Manchester.

Jodie feared that Walter might have died without his mother, step-father and younger siblings at his bedside.

But one detail about his death and burial proved that the family must have been involved.

Earlier in the episode, Jodie learned that Walter’s step-father, George, was a grave digger in East Finchley, London.

And records showed that Walter – although he had lived much of his life in Yorkshire – was buried at a graveyard in East Finchley. It was the same one where step-dad George worked as a grave digger.

Read more: The Grand Party Hotel: Where is The Shankly Hotel located?

Jodie said, voice welling with emotion: “That’s going to make me cry. It feels like there’s been an involvement here from Eliza. That she knew he was in that hospital and then she got to bring him back to her home. And for the rest of her life…

She added, fighting back tears: “Ah god, so upsetting.

“She has her nine children around her. And for those other children, they’ve got this place to come to and to celebrate someone’s little life.”

What did Who You Think You Are? viewers think?

One said, using a crying emoji: “I normally find #WhoDoYouThinkYouAre an emotional experience but add Jodie Whittaker’s empathy and…”

Another wrote, alongside a picture of a woman weeping: “I should not be watching #WhoDoYouThinkYouAre when I’m feeling so delicate and yet here I am…”

A third tweeted: “Gosh, Walter was brought home, buried in Finchley where his mother lived. We’re not crying, you are… #WhoDoYouThinkYouAre.”

Gosh, Walter was brought home, buried in Finchley where his mother lived. We’re not crying, you are 😭😭😭 #WDYTYA #WhoDoYouThinkYouAre

– Who Do You Think You Are? continues on Monday (October 19) at 9pm on BBC One

What do you think of the new series? Leave us a comment on our Facebook page @EntertainmentDailyFix and let us know.

BBC BBC One Documentaries Jodie Whittaker Who Do You Think You Are?