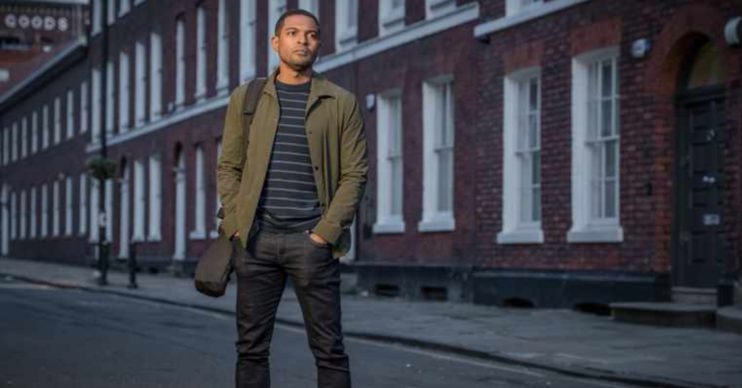 Where is Viewpoint filmed? House prices on Westbury Square aka St John Street in Manchester!

Viewpoint has become a huge hit with viewers after airing on ITV.

While there’s plenty of intrigue and drama, many viewers were quick to notice the show’s gorgeous locations.

Where is Viewpoint filmed?

The main location where all the characters live is the fictional Westbury Square in Manchester.

However, in reality the show was filmed on St John Street in the heart of the city centre.

The Georgian architecture is a huge hit with house buyers.

In fact, the street has previously been dubbed “millionaire’s row”.

It remains the only intact Georgian street left in the entirety of Manchester.

Some famous faces even own homes on the street, including footballer Gary Neville.

While the road was originally a hub for lawyers and medical practices, it has recently seen a shift back towards being residential.

Many of the stunning buildings have also since been split into luxury flats.

How much would it cost to live on St John Street Manchester?

One of the main characters is single mother Zoe Stirling (Alexandra Roach).

Her home is used by a detective (Noel Clarke) as a vantage point for surveillance.

But would a working class single mum be able to live in such a gorgeous home in real life?

“Taking into consideration a two-bed, one-bathroom flat located at The Great Northern Tower, Watson Street (just a stone’s throw away from St John Street), that’s currently on the market, is officially listed at £360,000 (£418 psf).

“Estimated rent would be £1,272 per month. Most of flats in the area are available in a new build environment, hence their prices are considerably higher than in other parts of the city.”

Raj Dosanjh, founder of Rentround, added: “With an average salary in Manchester set at £35,025, appx 60% of this will go towards paying rent, leaving little for the remaining for bills, expenses and food.

“Anything less than earning the average salary in Manchester would really make it difficult for a single mother to afford a property of this nature.”

Viewpoint review: What did critics say?

Despite the mixed reaction on Twitter, television critics were quick to praise the exciting new drama.

The Guardian said: “It’s human nature that is under scrutiny in Viewpoint, as much as plot machination and ‘who done what ‘n’ why’, and of course it’s all the richer for it.

“A great cast (including Phil Davis as Martin’s boss, who will presumably have more to do as the five episodes unfold) is anchored by the perfectly deployed Clarke.”

Read more: Viewpoint on ITV: Who plays Zoe? What else has Alexandra Roach been in?

The Independent’s review was equally full of praise.

“The whole set-up in Viewpoint is in fact a bit contrived, it must be said, and, so far, it’s hardly a masterclass in Hitchcockian tension.

“But we’ve barely been introduced to the cast and it holds much promise.”