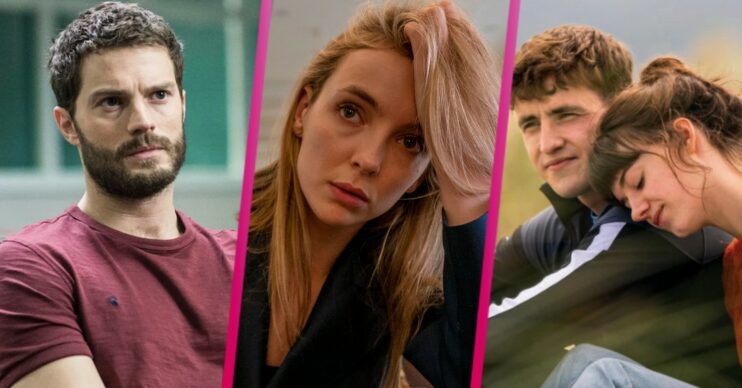 What are the best drama box sets currently on BBC iPlayer?

Fans of TV drama might be feeling a little sorry for themselves at the moment as the summer schedules look quite football heavy – so what are the best drama box sets on iPlayer right now?

Time is about to finish on BBC One, Before We Die on C4 just hasn’t quite delivered and Line of Duty is over for good (at least we think it is!).

Here’s our run down of the top 10 drama series currently on iPlayer.

So whether you missed it first time or fancy watching again, now’s your chance!

Normal People was the series that got many of us though lockdown.

Although most of us binged it and were left bereft afterwards.

Don’t be fooled by the screaming headlines about all the sex, it’s so much more than that.

Based on Sally Rooney’s book of the same name, it portrays the electricity of first love between two people who change each other’s lives.

Paul Mescal and Daisy Edgar-Jones star as Connell and Marieanne – and are huge stars of the future.

Jodie Comer and Sandra Oh’s cat and mouse relationship as Villanelle and Eve is unmissable.

Frankly, Jodie Comer in ANYTHING is worth watching.

Eve is the spy who tracks down assassin Villanelle – who has to be the most glamorous killer ever created.

As the hunter becomes the hunted, viewers are left wondering whose side they are really on.

Oh and Fiona Shaw is totally moreish as Carolyn Martens.

A cast to die for, and a juicy retelling of a real-life story – what’s not to love?

Hugh Grant portrays Jeremy Thorpe, the leader of the Liberal party, who will do anything to hide his homosexuality.

It is the late 1960s and homosexuality has only just been decriminalised.

Jeremy is desperate to hide his secret affair with Norman Scott – but Norman has other ideas.

With series six coming soon, now’s the time to catch up if you haven’t already.

This epic gangster drama is set in the lawless streets of 1920s Birmingham.

Cillian Murphy is compelling as the anti-hero Tommy Shelby.

But prepare to be mesmerised by the late Helen McCrory‘s performance as Aunt Polly.

The title of the series refers to the razor blades sown in the peaks of their caps.

But we had you at Tom Hardy, didn’t we?

Just when you think everybody on the planet has watched Line of Duty, you meet someone who hasn’t!

Line of Duty must surely be one of the greatest TV series of all time.

Series one to six are currently all available to watch on BBC iPlayer.

Each series follows the AC-12 unit’s attempts to combat “bent coppers” and their links to organised crime.

But really it’s all about the close knit team in AC12 – Hastings, Fleming and Arnott.

Other notable crime dramas available to watch include Hidden, The Missing, Baptiste, Three Families, The Killing and The Bridge.

Forget 50 Shades of Grey, this is where Jamie proved he can actually act.

But he’s actually a cold serial killer, who’ll do anything to get away with his murders.

Silent Witness may not quite live up to the hype of Line of Duty and Peaky Blinders, but it’s good, solid drama.

But the best bit? There’s more than 200 episodes to get your teeth stuck into on BBC iPlayer!

The series follows forensic pathologists as they face personal and professional challenges while solving crimes.

Spooks is another good one for longevity – it’s 10 series and 86 episodes!

We love the partnership between Tom Burke’s shambolic detective Cormoran Strike and his sidekick Robin Ellacott, played by Holliday Grainger.

Strike is wounded physically and emotionally (from the war), but able to unravel complex cases.

While we find the will-they-won’t-they frankly unnecessary, the complex plots are enough to keep us intrigued.

I May Destroy You (12 episodes)

We weren’t surprised when Michaela Coel won big at this year’s BAFTAs for her 12-part drama I May Destroy You.

Based on a real-life sexual assault, the series lays bare the devastating issue of consent.

Far from grim, despite the subject matter, writer and actress Michaela manages to inject humour into the darkest places.

Everyone should watch this, whether male or female.

Here she stars as an ambitious lawyer Hannah Stern, who makes the risky decision to leave her family firm for a competitor.

But her own personal life is as tricky as any of her clients.

She’s in love with two men, an often absent mum and a rock to her troubled family.

A new series should be out later this year, too.

We couldn’t NOT mention some of the fab comedies on BBC iPlayer, either.

These include Fleabag, Gavin and Stacey, Him & Her, Detectorists, Nighty Night, Inside No 9 and Back to Life.

Of course, the entire three series of Motherland is also on BBC iPlayer.

What are you waiting for?

All of these box sets are currently available to watch on BBC iPlayer.

What is your favourite TV drama series of all time? Leave us a comment on our Facebook page @EntertainmentDailyFix.