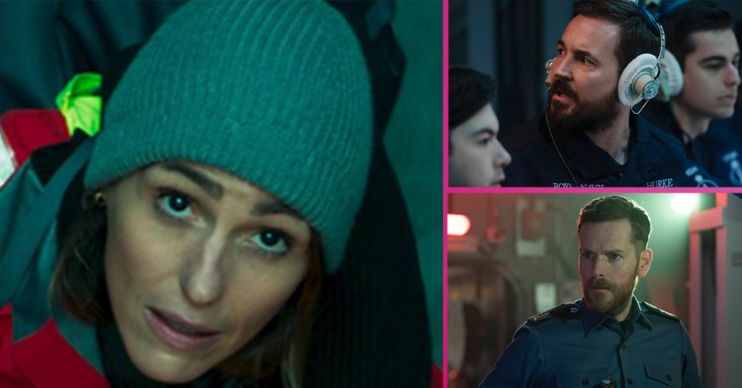 Vigil on BBC One: Cast, filming location, episode details – is it worthy of all the hype?

Vigil on BBC One is already gathering the same excitement reserved for top-drawer dramas such as Line of Duty.

The crime thriller – starring Martin Compston and Suranne Jones – was first trailed as the credits rolled on the final episode of Line of Duty earlier this year and the buzz about it ever since has been immense.

Read more: Suranne Jones switches up her look for her role in BBC thriller Vigil

And if you need any more proof of its credentials after seeing the cast for the drama’s protagonists, it’s from the makers of LoD, World Productions.

Now, ahead of the show’s debut on BBC One tonight, here’s everything you need to know about Vigil!

Who stars in Vigil? A stellar cast…

Shaun Evans (Endeavour) and Paterson Joseph (Doctor Who, Survivors) round up the leading cast.

Suranne said of the series when it was first announced: “Tom Edge has created a thrill of a story, set in a world I knew nothing about.

“The cast and crew World Productions have put together to tell this story is so exciting.

“Amy Silva is a brilliantly complex character, thrown into a highly charged situation where her authority is weakened.

“We watch as she navigates her own personal trauma and loss, all at a time when she’s questioning her relationships and life choices.

“It feels fresh and relevant.”

Rose Leslie added: “I was weaned on BBC drama. And it is thrilling to be back working at a place that feels like home with Tom Edge’s complex and gripping script.”

What is Vigil on BBC One about?

According to blurb from the BBC: “The mysterious disappearance of a Scottish fishing trawler and a death on-board the submarine HMS Vigil bring the police into conflict with the Navy and British security services.

“DCI Amy Silva (Suranne Jones) and DS Kirsten Longacre (Rose Leslie) lead an investigation on land and at sea into a conspiracy that goes to the very heart of Britain’s national security.”

Where is Vigil filmed?

Vigil is set and was filmed in Scotland, and is supported by the National Lottery through Screen Scotland.

How many episodes is Vigil?

Like stablemate Line of Duty – with the exception of series 6 – Vigil is comprised of six episodes. It was created by writer Tom Edge. Some episodes are penned by Ed Macdonald and Chandni Lakhani. It is directed by Bafta-winner James Strong, and Isabelle Sieb.

World Productions’ Simon Heath announced: “We’re thrilled that the first drama out of our Scottish office is such a timely and gripping idea, brilliantly executed by Tom Edge.

“We couldn’t ask for a stronger cast, led by the brilliant Suranne Jones and Rose Leslie.”

When is Vigil on?

The drama will air on BBC One and BBC iPlayer from Sunday, August 29.

Is Vigil on BBC One worth watching?

ED! has been lucky enough to watch the first two episodes of Vigil – the second episode airs tomorrow night – and can happily report it is deserving of all the hype.

The cast, plot and direction all contribute to one hell of a ride. Just be warned if you suffer from claustrophobia by proxy…

Are you looking forward to watching Vigil on BBC One? Leave us a comment on our Facebook page @EntertainmentDailyFix and let us know what you think of this story.