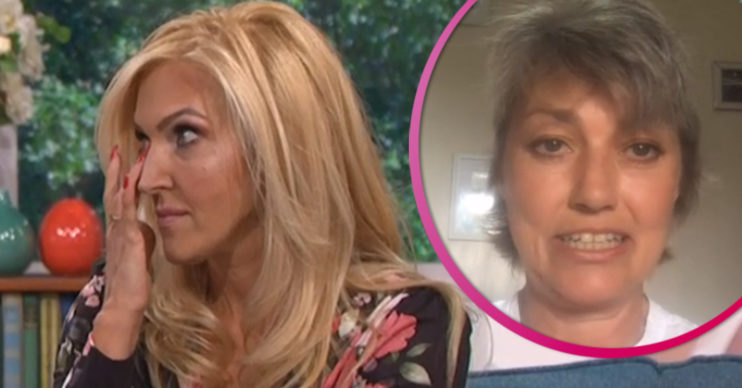 This Morning star Eva Speakman was left in tears on today’s show as she helped a woman with cancer overcome a fear of needles.

Sally-Anne Smart said she was getting treatment for ovarian cancer but was struggling with being close to needles.

Eva and her husband Nik – aka The Speakmans – wanted to help Sally-Anne Smart with her phobia.

Read more: Holly Willoughby stuns in swimsuit photo ahead of This Morning return

Sally-Anne, who was diagnosed in June 2019, admitted she feared the needles more than the cancer and doesn’t like going to hospitals.

What did Eva and Nick Speakman do on This Morning?

Therapists Eva and Nik spent hours speaking to Sally-Anne about her phobia.

Later, Sally-Anne was finally able to hold a needle without freaking out.

She told Eva and Nik: “Very strong barriers have now come down an awful lot.

“Thank you because it may be life-changing for me.”

Back in the studio, Eva and Nik spoke to Sally-Anne via video call.

Without Nik and Eva, nothing would have been possible so I’m just so grateful.

Sally-Anne said she’s now cured of her phobia and has been having monthly blood tests “like a professional”.

She said: “Without Nik and Eva, nothing would have been possible so I’m just so grateful.”

Moved to tears, Eva said: “I’m so incredibly proud of her, because I’ve got to say Sally, you were hard work.

“There was this big barrier up.

“When we turned up I think Sally saw us as a bit of a threat because she thought ‘these guys are going to bring needles.’

“Honestly, you are just incredible. You are probably one of the most brave women I’ve met in my life and I think you are very inspirational.

Today @thismorning we meet Sally-Anne who has been diagnosed with cancer BUT cannot under any circumstances have treatment due a severe needle & hospitals phobia.
We will also be taking your calls, to talk to you & help if you’re struggling with any kind of phobia. See you 10am x pic.twitter.com/PlrD38nM91

Sally-Anne added: “My sister rang This Morning to see if Nick and Eva could help.

“The family didn’t know what else to do because I wouldn’t go into hospital and I wouldn’t have any treatment.

“The whole family were at their wits’ end.”