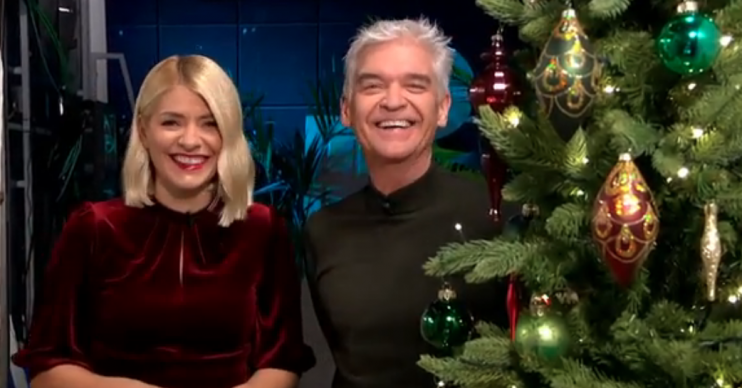 Have you put up your Christmas tree yet?

With less than 600 hours to go until December 25th, it is very much the season for those who celebrate it to start showing how jolly they are about the big day.

That also applies to the nation’s favourite TV shows – and This Morning unveiled their festive display earlier today.

Hosts Phillip Schofield and Holly Willoughby gave viewers the full tour of the studio’s Christmas decorations, which have made it look very cosy indeed.

“It is a full on lodge with a beautiful view,” Phil declared as he took in the scene.

It’s beginning to look a lot like Christmas… 🎄 pic.twitter.com/JUhMCAG3L0

But while Phillip and Holly seemed to adore how their workplace has been done out, not everybody on social media agreed with them – although there were still heaps of compliments for the Christmas makeover.

“It is so beautifully festive and it looks very cosy!!” said one impressed Twitter user.

“Lovely Christmas decorations. Always looks so warm and cosy in the studio,” agreed another.

A third echoed those thoughts, adding: “It looks warm and cosy. Beautifully festive.”

Christmas is coming to #ThisMorning – see you at 10:30! 🎄@Schofe @hollywills pic.twitter.com/nOplt2Emp4

However, not everyone was convinced.

“Lovely except why oh why do we have to look at a deers decapitated head (yes I know it’s fake but it still represents blood sport),” one person objected.

Another suggested it was a bit over the top to have so many trees up.

“All those trees 😟,” they observed.

“Will you be donating any to families who cant afford one at Christmas? At least bring them a smile to their kids faces😁👍.”

“Not sure about having so many trees tbh,” warned one commenter on Facebook.

“Just think about picking up all those needles!!”

Also on the programme’s Facebook account, over 1000 responses were made to a call out for pics of viewers’ own decorations – with many uploading snaps of their own festive displays.

Have you put up your Christmas tree yet?