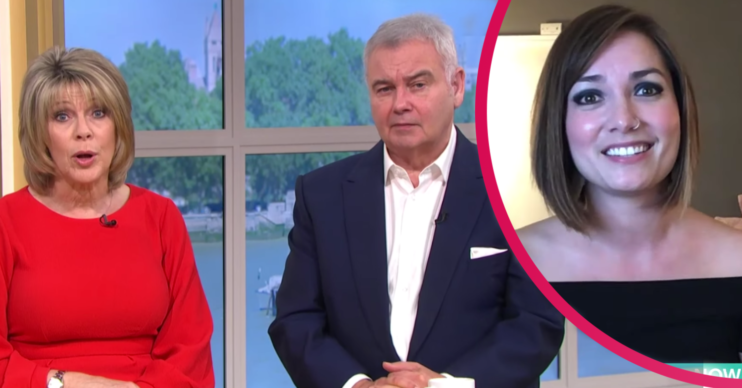 This Morning were shocked today (Friday October 9) when a pastor revealed that she’s now an X-rated stripper on the internet.

Mum-of-three Nikole Mitchell, 36, from California stunned viewers as she opened up about her new career.

“It’s very polarising what I do, people are either A-OK or not OK with it,” she said.

“At the end of the day, I have to decide what I am called to do and trust that calling, and let the chips fall where they may.”

What did Nikole say on This Morning?

Nikole said that she made the decision after coming out as “queer”.

She explained that the church did not support her sexuality, and, subsequently, she decided to fully express herself.

“The fullness of who I was was no longer welcome,” she said.

“I had these desires to express myself in ways I’d never been able to.

“So I decided to take a step into the unknown and it’s led me here. I’m very grateful for it.”

Clearly unamused, Ruth said: “I certainly wouldn’t do that.”

A pastor who became a stripper. Call me old-fashioned, but shouldn't that be the other way round? #ThisMorning

How did viewers react to Nikole?

The shocking story caught the imagination of This Morning viewers.

One viewer took to Twitter and joked: “Eamon Holmes was faaarrrr too excited to be talking to the ex-pastor/now stripper!” [Sic]

Another said: “Pml at @EamonnHolmes grin whilst @RuthieeL drums her fingers on the table and no doubt kicking him under the table!

“#ThisMorning you just know he’ll wind Ruth up about checking out the pastor/strippers website.”