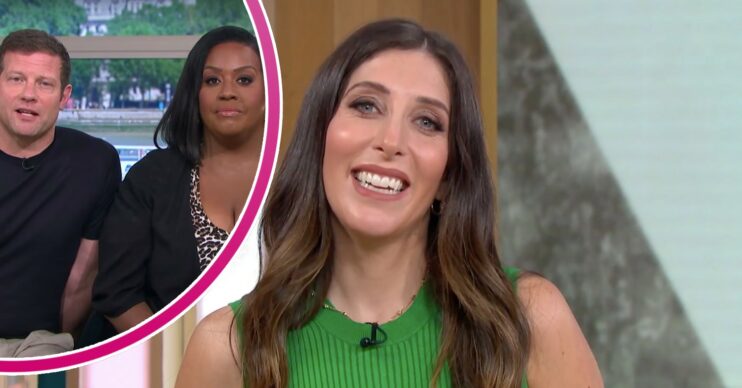 This Morning welcomed Sarah Jossel onto the show today as she talked about the best in-salon hair treatments.

In her segment, she mentioned a new hair treatment called hair botox which is supposed to make your hair look younger.

However, viewers were not impressed with the prices and slammed the show for talking about lavish hair treatments amid a cost of living crisis.

This Morning invited Sarah Jossel on to talk about the best in-salon hair treatments.

Talking on the show, Sarah mentioned different hair treatments that she thinks are worth the price tag.

Read more: This Morning fans declare ‘shame on you’ as Scarlett Moffat is fat-shamed after appearance on show

Unlike facial botox, hair botox has nothing to do with injections, instead its a treatment for people who want to de-frizz their hair or get rid of any curls.

It even makes your hair look younger, apparently!

Sarah explained that hair botox costs around £200-300+ and lasts around three to six months.

However, viewers weren’t pleased with the hefty price, claiming that we are still in a cost of living crisis.

As petrol prices are rising and electric bills are soaring, hair treatments are probably the last thing people want to spend their money on.

Many viewers rushed to Twitter to slam the show for their ‘insane’ decision.

Posting on Twitter, one person commented: “With the finger on the pulse of the nation. Major cost of living crisis, people ringing in tears about it and they’re banging on about hair treatments at £200+. @ThisMorning why?”

Another viewer said: “#ThisMorning this is insane. We are in a cost of living crisis and you’re promoting 300 quid hair.”

A third added: “#ThisMorning I thought we were in a cost of living crisis.”