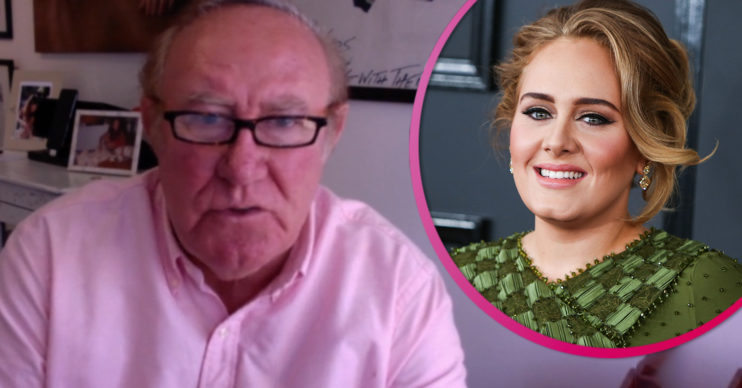 Andrew Neil has urged viewers to "get a life"

This Morning guest Andrew Neil launched a furious rant after being asked whether Adele’s recent outfit choice was guilty of ‘cultural appropriation’.

The popstar has come under fire for wearing a Jamaican bikini and ‘bantu knots’ in her hair.  The Hello singer wore the style to celebrate and pay tribute to Notting Hill’s carnival.

Yet some have called the outfit ‘disrespectful’ due to the links to African culture and accused her of cultural appropriation.

Guest on ITV‘s This Morning Andrew Neil was clearly fed up of the debate when presenters Eamonn Holmes and Ruth Langsford asked his opinion.

The 71-year-old said: “Why shouldn’t a Brixton girl do that? I’m so fed up with all this cultural appropriation nonsense.”

He added: “There seems to be a small bunch of people who patrol the internet looking for reasons to be aggrieved and outraged.

“That seems to be all their sad lives consist of. It’s time they got a proper life.”

Still angry, he didn’t stop there.

He continued suggesting people should have better things to comment on whilst the coronavirus pandemic is still happening.

He said: “Just forget and just move on. I’m now told students can’t dress up in fancy dress with a sombrero because that’s cultural appropriation.

We’re worried about Adele dressing up showing some respect and paying tribute to the Jamaican tradition in Britain? Get a life.

“We’re in the middle of a Covid crisis. We’ve an economic recession. We’ve major international problems. There’s a brewing war between Greece and Turkey in the Mediterranean.

“We’re worried about Adele dressing up showing some respect and paying tribute to the Jamaican tradition in Britain? Get a life.”

What did Adele do?

Popstar Adele celebrated Notting Hill’s Carnival with a colourful outfit and a new hairstyle. Uploading a picture to her Instagram she wrote: “Happy what would be Notting Hill Carnival my beloved London.”

However, not everyone was a fan of her new look. Some fans have accused her Jamaican bikini and knotted hairstyle as cultural appropriation.

One fan commented: “Unfollowing tonight. Please note that I’m from London. While it may appear cute to some, to show this type of appreciation, it’s not.”

Another shared: “No sis…. we love you but don’t appropriate people’s culture.”

However, some fans have said the singer is merely celebrating the culture behind the popular London carnival event. One fan argued: “If you’re from London and ever experience Notting Hill carnival this is acceptable.”

Another commented: “This woman is born & raised London!! She has represented us on so many levels, Grenfell being one! Notting Hill carnival and black culture has most likely been a huge part of her life! Let her love what she loves!”