Viewers of This Morning will be gutted as the show is cancelled tomorrow AND Monday to make way for the Rugby World Cup 2019.

They said: "Time for our last This Morning of the week just a second because tomorrow at 10.25am the Rugby World Cup 2019 gets underway with the opening ceremony in Tokyo." 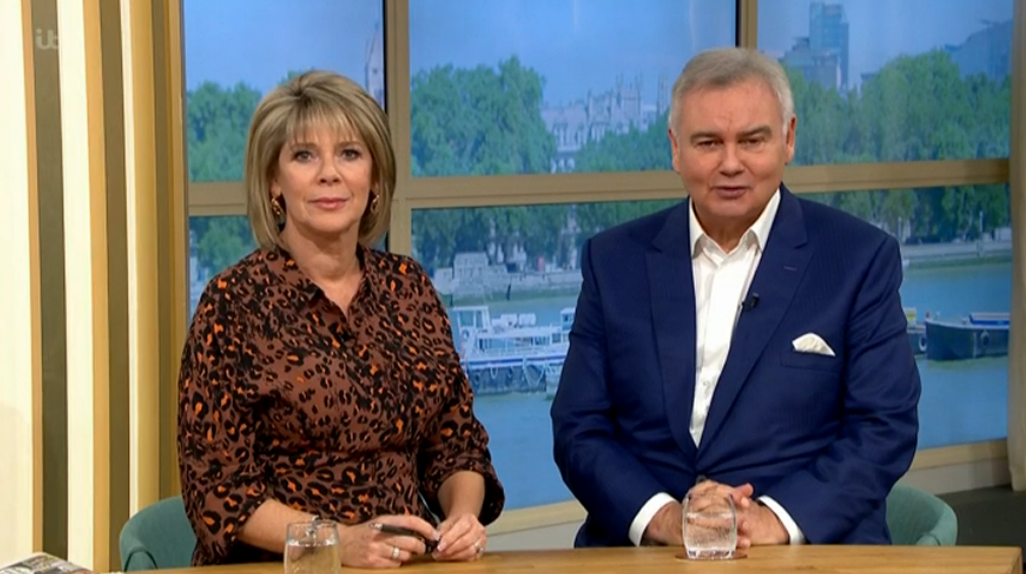 Friday's This Morning has been cancelled (Credit: ITV)

Read more: Phillip Schofield and Holly Willoughby in hysterics as David Cameron swears on This Morning

Today's hosts Holly Willoughby and Phillip Schofield revelaed they won't be back until Tuesday (September 24).

Holly told viewers: "That is it from us today. The Rugby World Cup is taking place tomorrow and Monday, so we won't be back until Tuesday."

Viewers voiced their anger on Twitter, with one writing: "MONDAY AS WELL! #ThisMorning BLOODY RUGBY!"

Time for our last This Morning of the week.

No #ThisMorning tomorrow or Monday 😭😭

Not impressed. Just seen that @thismorning isn’t on tomorrow or Monday, because rugby is on. 😢@Schofe @hollywills @EamonnHolmes @RuthieeL

Mr Cameron appeared on the show to discuss Brexit and his life after Number 10 alongside his wife Samantha.

But when discussing Boris Johnson's use of the Vote Leave campaign bus emblazoned by the claim that leaving would mean £350 million a week extra for the NHS, Mr Cameron accidentally said the s-word which rhymes with "sat". Oops!

When Phil asked what he thought of the bus, David said: "I [bleep] at the..." before realising his mistake. 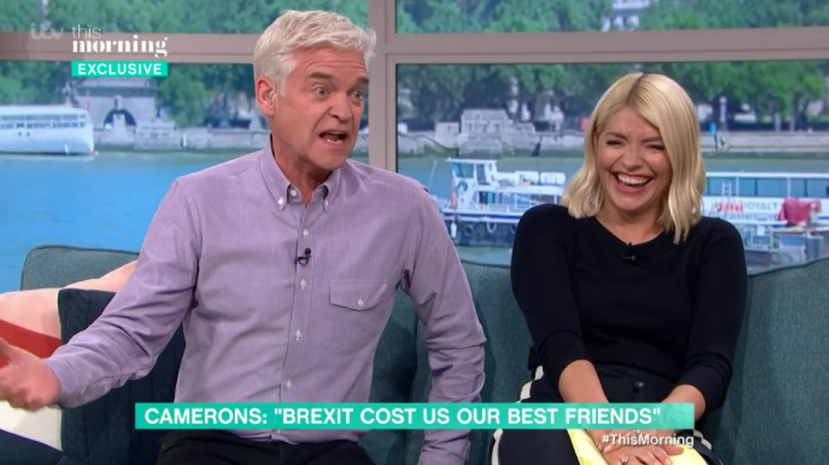 Holly and Phil burst out laughing as Phil said: "Did you? We all did!"

David said: "Sorry! I shouted at the TV."

As Phil and Holly descended into giggles, Mr Cameron tried to continue what he was saying.

He said: "It was incredibly frustrating.... sorry, [I meant] shout, shout!" as he laughed. 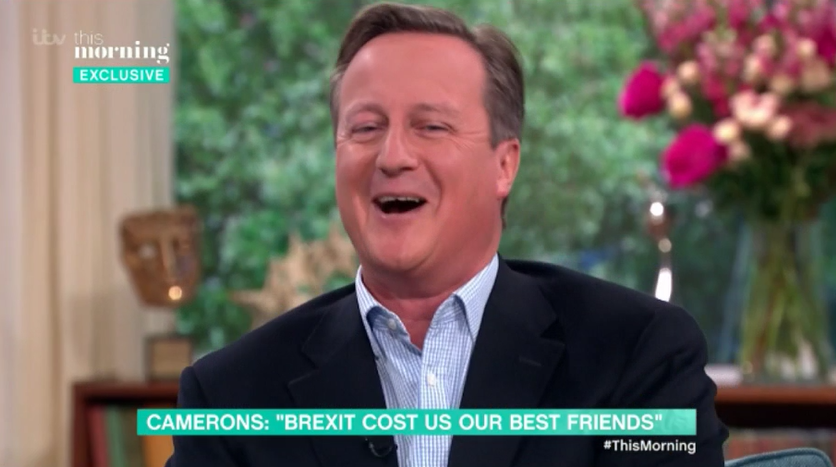 Viewers were in hysterics over the slip of the tongue and shared their thoughts on Twitter.

Another wrote: "'I [bleep] at the TV' - must be nice to be rich enough to afford to have a telly in your bathroom!"