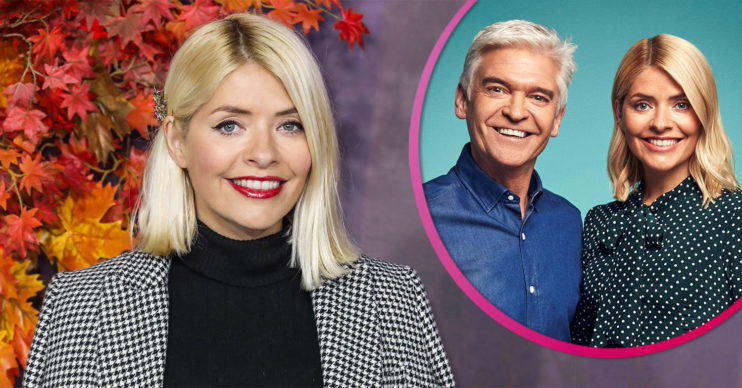 This Morning bosses are reportedly worried Holly Willoughby will quit the show.

The presenter apparently quit the showbiz agency she shared with her co-host Phillip Schofield.

Now, according to reports, bosses fear Holly’s actions “may be the start of her branching out alone”.

A source told new! magazine: “There are whispers over at ITV that Holly’s actions may be the start of her branching out alone.

“Bosses are worried about losing their dream team in Holly and Phil, who in their eyes are second only to Ant and Dec when it comes to on-screen pairings.

“Now Holly has made it clear she wants to control her own career, the bigwigs are worried about her quitting This Morning and are even considering offering her big money to stay, should it come to that.”

Meanwhile, earlier this month, reports claimed Holly has decided to leave the YMU agency, which has been looking after her for the past 13 years.

A source told The Sun lockdown prompted the split from her management and she hopes to get a better work/life balance as a result.

The insider revealed: “Lockdown has given her time to reflect and think about her future.

“In many ways, it has become the perfect opportunity to start afresh and it was just time for a change.

“She has always had such incredible business sense and is proud to be a working mum and career woman.”

Holly and Phil are on their summer break from the daytime show.

Holly has been spending time with her husband Dan Baldwin and their three children abroad.

But reports claimed quarantine rules forced her to return home from Portugal so she had enough time to isolate before returning to This Morning.

When will Holly and Phil return to This Morning?

Meanwhile, Holly and Phil will return to the programme on September 1.