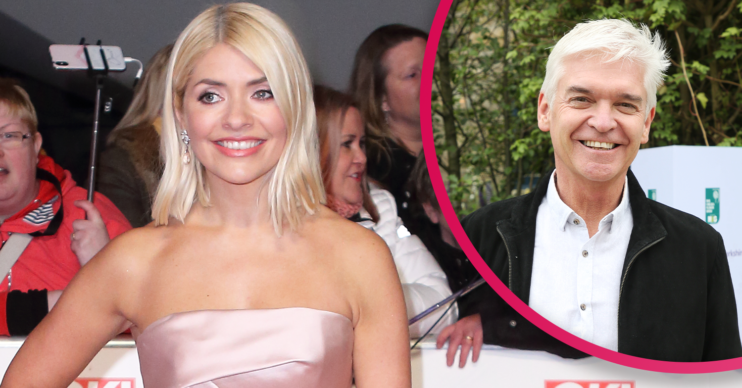 She's setting up her own all-female company

Holly Willoughby has quit the showbiz agency she shared with her This Morning co-host Phillip Schofield.

While the pair are the best of friends on screen, it appears Holly has decided to go her own way when it comes to managing her career.

Holly has reportedly decided to leave the YMU agency, which has been looking after her for the past 13 years.

As well as her co-host, YMU also represents Ant and Dec, Graham Norton and Claudia Winkleman.

Who will manage Holly Willoughby now?

And, in a true show of girl power, it appears Holly has decided to leave because she wants to go it alone.

Reports suggest she will set up her own, all-female agency and will manage herself via her new company, Roxy Management.

A source told The Sun lockdown has prompted the split from her management and she hopes to get a better work/life balance as a result.

Holly is married to Dan Baldwin and the pair share three children – Belle, Chester and Harry.

A source revealed: “Lockdown has given her time to reflect and think about her future. In many ways, it has become the perfect opportunity to start afresh and it was just time for a change.”

She has been after a better work/life balance for a while and thinks this is the ideal next step.

Holly is said to be “really excited” about managing herself and “having more say” over day-to-day decisions.

It’s the “logical next step”

They added: “She has always had such incredible business sense and is proud to be a working mum and career woman.”

The insider added that the move doesn’t surprise them and feels like the “logical next step” for the This Morning host.

“Her taking control back does not surprise me – it feels very natural and like the logical next step. She has been after a better work/life balance for a while and thinks this is the ideal next step,” they concluded.

Holly hinted that something new was on the cards as she spoke about her impending 40th birthday.

The star hits the milestone age in February and said she saw it as a chance to find herself again.

She said with her kids growing up, “there is a bit more space where I can start focusing on things that are happening for me”.

Holly added: “I see my forties as a chance to find myself again and figure out who I am.”

Ruth Langsford and Eamonn Holmes are currently hosting the show.

Holly and Phil will return from their holiday in September.