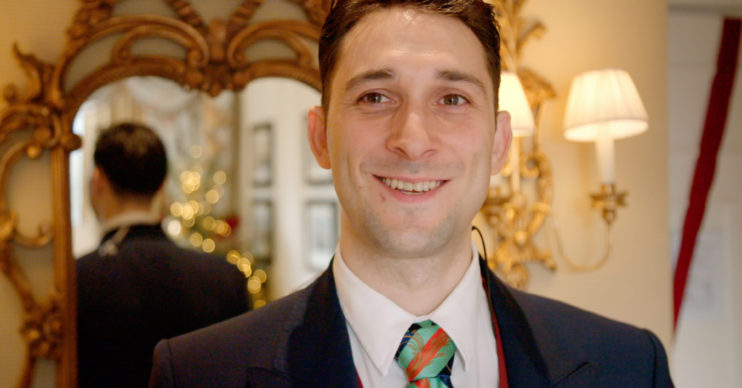 The Savoy At Christmas on ITV: First-look clip reveals pressure behind the scenes

We wouldn't mind a slice of that glamour for Christmas!

You can’t beat a bit of glamour at Christmas, and thankfully new ITV festive special The Savoy At Christmas will supply oodles of it during this holiday season.

The series made its debut earlier this autumn with four episodes.

Now it’s back for a festive special and it looks as deliciously glam as ever.

Furthermore, we now have a clip to whet the appetite.

What’s in The Savoy At Christmas clip in ITV?

The clip shows the staff grappling with the festive season in the world-famous London hotel.

And, as waiters, cooks, concierge and managers run around trying to make everything perfect for their guests, the narrator says: “There is absolutely no margin for error.

“For the 600 staff, the season of goodwill is a call to arms.

“Everyone is pushed to breaking point.

What is The Savoy At Christmas on ITV all about?

Filled with glamour, elegance, history and character and truly the first luxury hotel in Britain, The Savoy has sat alongside the River Thames for over 130 years.

It has hosted rock stars and royalty, Oscar winners and prime ministers and has once again opened its famous revolving doors to the cameras for this brand new Christmas Special.

It shows how the staff cope with both behind-the-scenes pressures, and the guests, who expect everything to be perfect.

In the four episodes shown earlier in the autumn, David Hasselhoff made a guest appearance as, well, a guest.

Who else is on The Savoy?

Viewers were stunned when actress and former Loose Women star Lynda Bellingham’s son popped up on the show.

But her son Michael is now a star in his own right, after it was revealed he works at The Savoy as a butler.

His brother Robbie also works at the world-famous hotel.

And viewers were delighted to see him, with one writing on Twitter: “Lynda would have been so very proud of Michael. A truly lovely Gentleman.”

When is The Savoy At Christmas On?

You can enjoy this new festive special on Thursday December 17 at 9pm.

It’ll then go over to ITV Hub, where you can watch it on catch-up if you missed it.