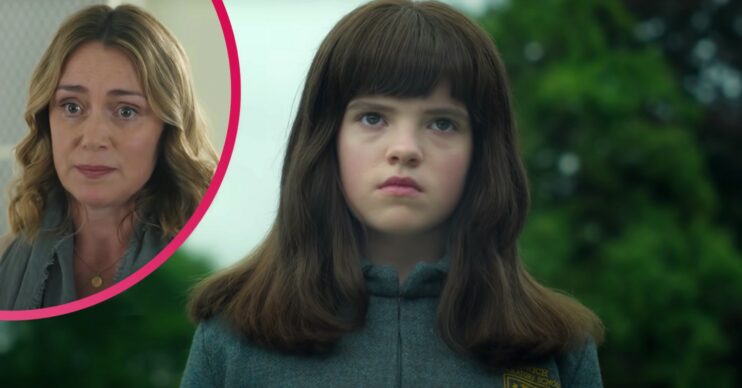 The Midwich Cuckoos on Sky: Will there be a season 2? How is the series different from the book?

Season 1 came to a shocking ending

The Midwich Cuckoos is an intense drama series on Sky that follows a town where all child-bearing aged women inexplicably fall pregnant.

The nail-biting series is adapted from the sci-fi novel written by John Wyndham.

So how does the show differ from the book and will there be a season 2?

Will Sky commission season 2 of The Midwich Cuckoos?

The Midwich Cuckoos twisted ending left us all speechless!

In the final episode, the Midwich children are hopeful for their future as they leave Midwich for good.

However, it turns out to be a trap and a bomb sets off on the bus killing the children and Zellaby.

The town of Midwich finally looks like they can finally turn back to normal, but there are still a few loose ends.

The entire Hive wasn’t fully destroyed as both Westscott and Nathan managed to escape the explosion.

I’d certainly like to see more of the Cuckoos and their adventures.

So will there be a season 2?

Although nothing has been confirmed, the cast of the show have spoken up about how they’d love to film another season.

Keeley Hawes teased to the Radio Times: “I’d certainly like to see more of the Cuckoos and their adventures. There’s lot’s you could do. You could do lots of fun with them. ”

However, viewers aren’t to get their hopes up as the show’s creator David Farr admitted that the series was never intended for season 2.

He said: “It completely finishes, and that’s really important to all of us. We wanted to do a complete story, that’s it’s thing.

“Because it’s a conceptual idea, if Sky get very enthusiastic, then there is a possibility of it expanding and becoming something slightly different, I would say. But it’s not a kind of classic repeatable. It’s definitely not that. It was never intended to be.”

How is The Midwich Cuckoos different from the book?

The most obvious difference between the series and the book is the character of the psychotherapist, Dr Susannah Zellaby, played by Keeley Hawes.

In the book, the psychotherapist is actually a male named Dr George Zellaby.

Although the characters’ roles are very similar, the decision to change the name to Dr Susannah Zellaby was actually very deliberate.

The Midwich Cuckoos writer David Farr told Express: “It became really clear to me when I started to adapt it that there’s a big shift needed for a modern audience.

“The story is basically about women getting pregnant and yet, somehow it’s so male as a book.

“And it was a conscious thing, we really wanted to find a director as well as a lead actress, as it was a male role, the Keeley Hawes one, that would enhance that.”

In the book, the Midwich children also have a very distinct appearance to create as sense of otherwordliness.

The children are all blonde with golden eyes and very pale skin.

However, in the show they deviate from that, making the children look very similar to their mothers.

This emphasises the bond between the children and the parents who raised them.

The TV adaptation has also added in new characters like Zoe and Sam and DCI Paul Kirby.

Towards the end of the series, DCI Paul Kirby becomes a significant character as he sets off the bomb that kills both the hive and Dr Zellaby.

Whereas, in the books Dr Zellaby heroically sets it off himself and sacrifices himself for his town.