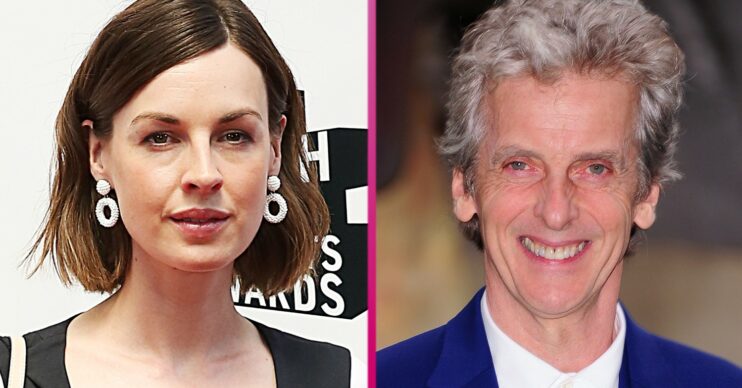 The Devil’s Hour on Amazon: Jessica Raine and Peter Capaldi lead cast – when is it on?

It's described as a six-part mind-bending thriller

And if the cast and the title are anything to go by, we’re totally into it already!

So who else stars in the series, how many parts will it be and what’s it about?

The Devil’s Hour on UK Amazon Original – what’s it about?

The channel describes the series as a “mind-bending thriller”.

Terrifying visions wake Lucy at exactly 3.33am every night.

This time is known as the ‘Devil’s hour’ – the hour between 3am and 4am, or 3.33am specifically, is regarded as the time when unexplainable things can occur.

Her mother speaks to empty chairs.

The echoes of a life that isn’t her own haunt Lucy’s house.

Police connect Lucy to a string of brutal murders in the area – and the answers that have evaded her all these years will finally come into focus.

He becomes the prime target of a police manhunt led by compassionate detective Ravi Dhillon.

Who is in the cast of The Devil’s Hour?

Jessica Raine leads the cast in the new thriller.

Jessica went on to play Jane Rochford in Wolf Hall, Jules Sutter in Fortitude, Annie Quaintain in Jericho and Julia in Patrick Melrose.

Other notable roles include her performance as Emily Waters in Informer and Genevieve in Baptiste.

Of course, Line of Duty fans will remember her role as the ill-fated Georgia who was pushed from a window to her death in her very first episode!

Peter is probably best known as The Doctor in Doctor Who from 2013 to 2017, and Malcolm Tucker in The Thick of It.

He’s also portrayed John Frobisher in Torchwood, Randall Brown in The Hour, and Cardinal Richelieu in The Musketeers.

The Split’s Meera Syal also stars in the series, as does Alex Ferns.

We know Alex has starred in a multitude of ace TV shows such as Chernobyl, The Widower and Wallander, but he’ll always be EastEnders’ menacing Trevor to us!

Filming for the new series has commenced in London.

Some scenes have also been shot in Farnborough, Hampshire.

The Devil’s Hour will be a six-part series.

Viewers can expect each episode to be one hour long.

When does The Devil’s Hour start?

Filming on the series has only just started.

That means we’ll have to wait a while before it hits our screens.

We’re keeping our fingers firmly crossed that the series will air in early 2022.

The series will launch exclusively on Prime Video in over 240 countries and territories.

Amazon Prime Video will air The Devil’s Hour sometime in 2022.