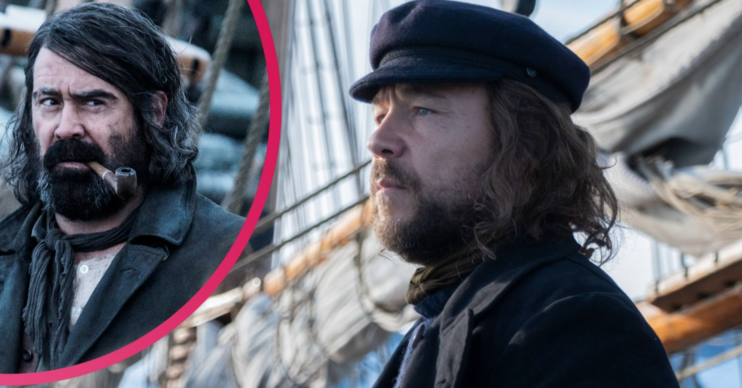 The news comes after the huge success of BBC One series Time, and now the Beeb has released a new batch of images from the new show.

What is The North Water with Stephen Graham all about?

Stephen takes another starring role in this period drama, and it sounds like it’s going to be worth a watch.

Set in Hull and on the ice floes of the Arctic in the late 1850s, it tells the story of Patrick Sumner, a disgraced ex-army surgeon who signs up as ship’s doctor on a whaling expedition to the Arctic.

Read more: Time on BBC One: Will there be another series – and what are Sean Bean and Stephen Graham in next?

But the harsh climate and the violence of his crewmates takes him by surprise.

Harpooner Drax is described as a “distinctly brutal force of nature”.

And, as the true purpose of the expedition becomes clear, a confrontation between the two men erupts that threatens the crew and the mission.

Who else is in The North Water?

If Stephen isn’t enough to whet your appetite, there’s an all-star cast to keep you entertained.

The last time we saw 84-year-old Sir Tom on TV was in the first series of Unforgotten in 2015.

The BBC has also released more details about The North Water.

The series’ location work took place primarily in the Arctic, shooting on the frozen seas north of the Svalbard Archipelago between the North Pole and Norway.

The cast and production team sailed as far as 81 degrees north to film sequences in the pack ice, the furthest point north it is believed a drama series has ever filmed before.

When is The North Water on?

This intriguing-sounding series will be on BBC Two.

Although the exact date is being kept under wraps by the channel, we’re reliably informed that it will start some time in August.