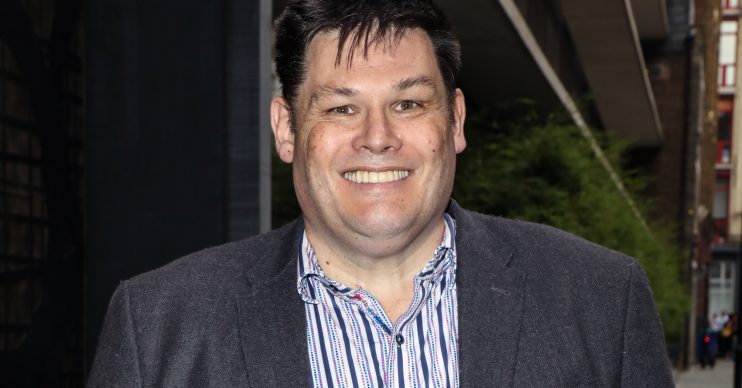 Star Chaser Mark ‘The Beast’ Labbett has attracted an army of fans thanks to his top quizzing on The Chase.

Now Mark, 54, has opened up about some of the weird and wonderful requests he’s received from fans of the show, including being ‘picked up’.

Mark, who’s been with the show since the beginning in 2009, gets out and about to meet fans.

He’s a popular and regular presence on the student circuit, making appearances at universities for freshers weeks.

He told Digital Spy that, “The weird ones are the ones that ask me to pick them up.”

“I made a promise I would only do it with the people I love and secondly, I am getting old.

“But some people can’t take for an answer. It’s fun though, you get all the weird and wonderful shots. It’s lovely meeting all the students though.”

He also spoke about the competition between the Chasers themselves and admitted that there is a rivalry.

He said that all of them want to be ‘Alpha Chaser’ while praising Paul Sinha, who continues to work despite early-onset Parkinson’s disease.

Read more: The Chase team thrills fans as it defeats The Beast and takes home £75k

Mark’s fellow Chaser, Jenny Ryan, has been confirmed for this year’s The X Factor: Celebrity.

The series is packed with reality show regulars, including Megan McKenna and Love Islanders Wes Nelson, Samira Mighty, Eyal Booker and Zara McDermott, who will form a group in the competition.

There are also several sports stars looking to exercise their lungs, with Thom Evans, Ben Foden and Levi Davis forming another group and footballing hard man-turned actor Vinnie Jones also on board.

Jenny will also be out to prove she’s as accomplished as belting out a tune as she is as winning quiz offs and chat show host Ricki Lake will also hope her ability to hold a note will do the talking for her.