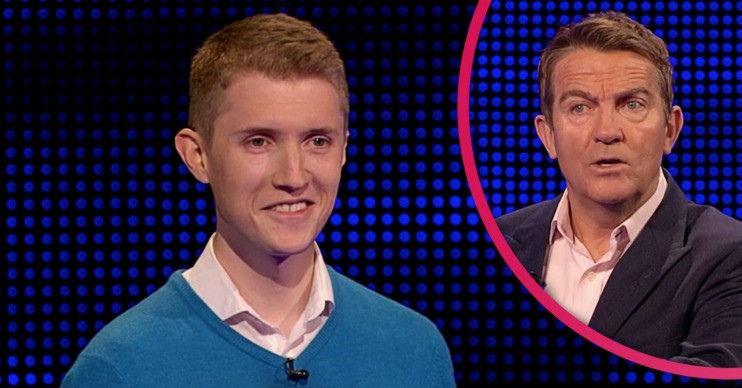 They couldn't get over how young he looked!

While he and his team took on the Chaser, viewers just couldn’t get over how young he looked.

What happened with Steve on The Chase yesterday?

Mariya, Lee, Steve and Lindsay all went up against Mark ‘The Beast’ Labbett in last night’s episode of The Chase.

However, it was 25-year-old estate agent from Liverpool Steve that caught viewers’ eyes.

They couldn’t believe how young he looked.

Sadly for Steve, he didn’t make it through to the final – it was left to take on The Beast in the final chase with £12,000 in the kitty.

Scoring a respectable 18, they were eventually caught by Mark with 26 seconds remaining.

However, Steve’s youthful appearance was still on the minds of the contestants.

All these questions are before Steve’s bedtime… #TheChase

Anyone else wondering how Steve did in his A Levels today? #TheChase pic.twitter.com/aU5Ntg5msF

Got to hand it to Steve, 15 and having a go on #TheChase

How did viewers of The Chase react to Steve?

As ever, Twitter users were merciless in their humour.

One wrote: “All these questions are before Steve’s bedtime… #TheChase.”

Another joked: “Got to hand it to Steve, 15 and having a go on #TheChase.”

“Anoyone else wondering how Steve did in his A-levels today?” a third cracked.

Finally, one viewer said what was on everyone’s mind: “Steve is making me feel old!”

Good news for fans of The Chase

As viewers amuse themselves during repeats of the quiz show, there was good news about new episodes of Beat The Chasers.

Recently, chaser Paul Sinha revealed on Twitter that a new series of Beat The Chasers was on its way.

“Beat The Chasers series 4 is in the can,” he told delighted fans.

Furthermore, new daily episodes of The Chase are expected soon, too.