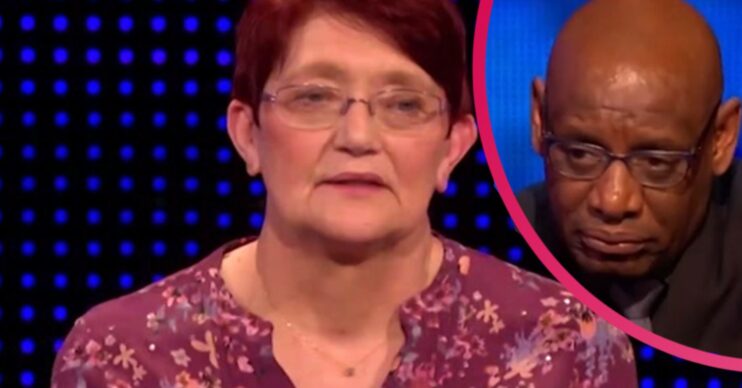 The Chase viewers were left frustrated yesterday as an ‘awful’ contestant took on Chaser Shaun Wallace.

Four quiz fanatics made their appearance on the game show on Tuesday (August 10) to compete against The Dark Destroyer.

However, many viewers wish that they hadn’t tuned in at all.

Rebekah, a 27-year-old project manager, was up first.

However, she only managed to build up £5,000 before getting caught and eliminated.

Despite her failure, Rhom and Mark refused to take it as a warning and instead risked gambling with the higher offer.

Read more: The Chase: Shaun Wallace admits ‘hard day at the office’ after loss in a dramatic final

As a result, both were swiftly caught by The Chaser.

Bradley said the players had been too “gung-ho” and confessed he felt bad for Kath being left on her own to compete for just £4,000.

Sadly, Bradley was right to worry for Kath, who ended up only managing to build five steps in the final chase.

Many viewers rushed to social media to blast the contestant and hit out at ITV for even airing the repeat episode.

One angry fan tweeted: “A waste of an hour see you all tomorrow.”

What was even the point in airing this episode?

“What was even the point in airing this episode?” questioned a second viewer.

A third disappointed fan said: “This is a cutting room floor episode…”

Not devilishly hard are they? Painful. ‘It’s hard on your own’ is not a valid excuse haha #thechase

A waste of an hour see you all tomorrow #thechase

What was even the point in airing this episode? #TheChase

Another hit out at Kath’s performance, saying: “Oh dear, by far the most awful contestant I’ve seen. Terrible, utterly clueless.”

Furthermore, some fans questioned whether Kath had the honour of getting the lowest score ever.

However, in 2017 an unlucky contestant answered just two questions correctly in the final chase, and that was against Mark ‘The Beast’ Labbett rather than Shaun.

As a result, Kath can walk away with her head held high… well, sort of.