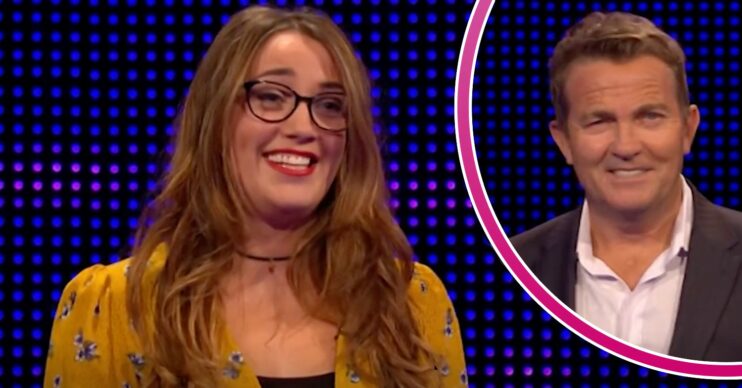 Viewers were big fans of Becky

The Chase viewers were left even more hot and bothered yesterday (Monday, July 18) as they took to Twitter after last night’s episode of the hit ITV game show.

Viewers took to Twitter to gush over “hot” contestant Becky who took part in yesterday’s show.

As always, last night’s episode of The Chase saw four new contestants take on the Chasers.

One of the four contestants involved included Becky – a 28-year-old graphic designer from Gloucestershire.

Becky was third up and had a cash builder round to forget, only managing to answer one question correctly.

“Yay, I got one,” Becky said upon learning she’d managed to rack up £1,000 in the cash builder round.

Becky decided to stick with her £1,000, rather than the £50,000 offered by Jenny Ryan, and walked away victorious.

The Chase fans swoon over ‘hot’ contestant on Twitter

“Becky is hot but is also thick as a whale omelette,” a third said.

Others were less complimentary of the graphic designer.

“Did Becky get lost on the way to the Tipping Point studios?” one viewer wrote.

“Dear god how did she manage to get on this show? It really amazes me,” another tweeted.

“Becky gets points from me for being jolly… bless her,” one kinder viewer said.

What happened next on The Chase?

Before Becky stepped up to the plate, Matt took on the Chaser.

Matt managed to pick up £10,000 in the cash builder round and managed to evade Jenny during the Chase.

Next up was Karen, who accumulated £4,000 in the cash builder. She too managed to avoid being caught by Jenny.

They managed to get a 19 point lead over the Vixen in the Final Chase. However, it wasn’t to be, as Jenny caught them with 17 seconds to go.