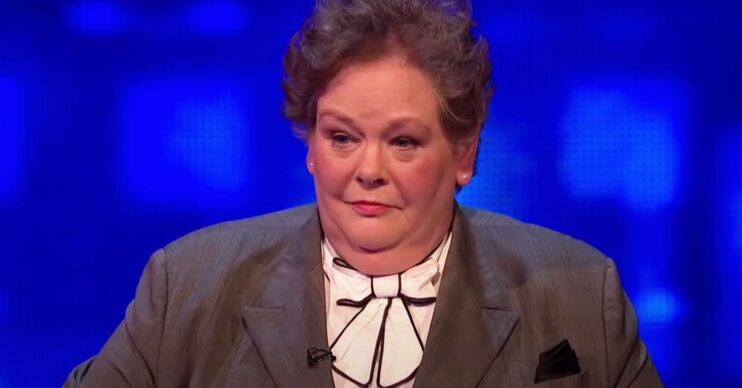 Anne Hegerty reveals surprise new job away from The Chase

Anne Hegerty, star of The Chase, has revealed she has a new job away from the ITV series.

The Governess star, 64, has dabbled in appearances on TV where she isn’t in character as her formidable quizzing persona.

These include guest slots on the likes of Loose Women, as well as participating in 2018’s I’m A Celebrity.

However, Anne‘s new gig involves acting – and will see her perform in a sitcom!

According to reports, Anne will play a housekeeper in the new comedy titled Gammon.

The sitcom has been created by Adam Bostock-Smith, who writes for The Chase.

Anne told the Sunday Mirror that being on The Chase – which she has starred on since 2010 – is the “best job” she’s ever had.

I’m the housekeeper and I’m the only sane person in the place.

However, Anne – who has appeared in stage pantos – admitted to having a hankering to do more acting.

She said: “I would like to be funny. Our writer Adam has written a sitcom called Gammon about these two dim brothers who live together. I’m the housekeeper and I’m the only sane person in the place.”

Anne added plans are in place to produce Gammon but it is not yet known where the show might air.

She added: “We don’t know what channel it will be on yet, but there is a full script for the pilot episode and an outline for the first six episodes.”

Much-loved Anne also praised Adam for his involvement in the zingers she deals out to hapless opponents on The Chase.

Anne went on: “You’ve got to have a laugh. And Adam’s brilliant. I always try to use as many of the funny lines he suggests as possible.”