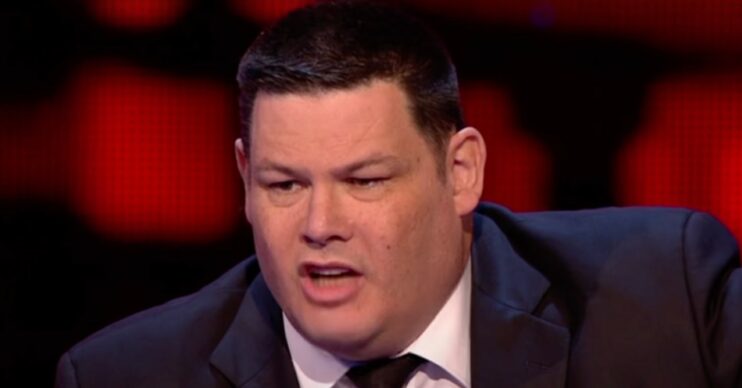 The Chase viewers ‘switch off’ over ‘smug’ Mark Labbett’s behaviour

The Chase viewers revealed they furiously switched off last night (August 3) over the behaviour of The Beast.

Mark Labbett seemed to be rubbing viewers up the wrong way last night – and naturally they took to Twitter to moan about it.

The Beast rubs viewers up the wrong way on The Chase

Last night’s episode of The Chase saw four new contestants take on Mark, aka The Beast.

The Beast was in a confident mood last night, as he managed to knock two players out ahead of the Final Chase.

Mark’s confidence grew even further ahead of the Final Chase, when he made a swipe at the two remaining contestants, Ali and Sharon.

“Got a bit of a game on,” Mark said when he saw they’d picked up a 17-point lead. “If the boys had been here that would have started with a two.”

He also commented: “I can win this game with 30 seconds to spare.”

However, despite his confidence, Mark failed to catch Ali and Sharon, meaning they walked away with £13,000!

“It was a great match and I thoroughly enjoyed it!” he grinned.

Although Mark is playing a character on The Chase, some viewers just couldn’t cope with his arrogance last night – with some even switching off!

“I used to enjoy #TheChase but I cannot watch it any more when The Beast is playing, he’s such an arrogant [bleep],” one viewer tweeted.

“Pointless is so much better,” said another, pledging their allegiance to the BBC game show.

“I know Mark is playing a part but I could thump him when’s he’s so smug,” another said.

“Ooh The Beast is a smug [bleep] tonight!” another wrote.

After Ali and Sharon won, one viewer wrote: “It’s good to see The Beast get beaten when he’s so confident of winning!”

Bradley takes aim at Love Island on The Chase

The Chase grabbed viewer’s attention earlier in the week too, thanks to Bradley Walsh‘s dig at Love Island.

During Tuesday night’s show (August 2), Bradley made a cheeky dig at the hit ITV2 show.

At one point during the show, a question about Love Island came up.

“In 2017, what reality dating show had more applications than Cambridge University?” Bradley asked.

“We’re back on my territory now – I know what I’m talking about with reality dating shows,” the contestant, Ellie said. Bradley wasn’t impressed though.

“I think I might be alright with this one,” he said. “That’s a sad indictment for the British youth isn’t it?”

What did you make of Mark’s behaviour on the show? Tell us on our Facebook page @EntertainmentDailyFix.