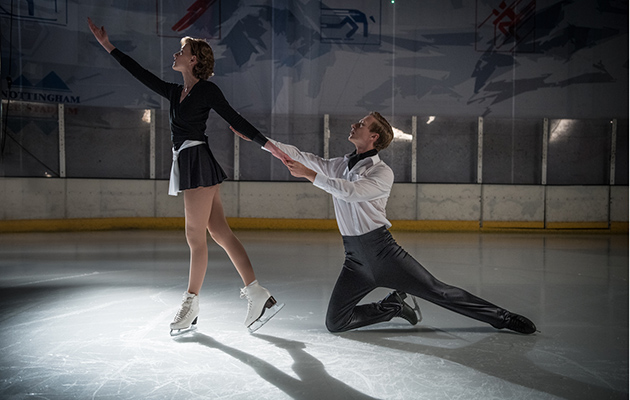 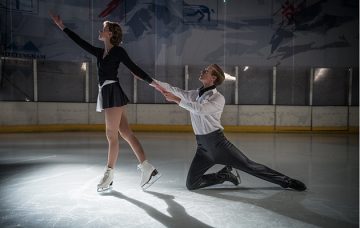 The best shows and specials on TV this Christmas

We’d love to say Christmas is all about spending time with family, playing games around a fireplace and sharing stories.

But the reality is most of us spend December 25 a bit sozzled, so full we can’t move and in front of our favourite friend – the TV.

And we wouldn’t have it any other way!

Here’s our pick of the best festive TV shows on over Christmas and New Year, including old favourites such as the Strictly Come Dancing Christmas Special, Doctor Who and Call The Midwife, as well as some exciting new dramas.

From their first meeting as teenagers in Nottingham to winning Olympic Gold in 1984, this dramatises the true story of the nation’s most famous ice skating duo.

Meanwhile, the nuns travel to the Mother House to elect a new mother superior and Sister Julienne is the obvious replacement…

This drama is based on the classic 1936 Agatha Christie novel and stars John Malkovich as Hercule Poirot for the first time.

The story is set in 1933, when a killer travels the length and breadth of Britain via the railway network.

Our invite must have been lost in the post!

Sam Smith has recorded an original song for the animation.

A six-part adaptation of Victor Hugo’s 19th century classic will tell the story of Jean Valjean and Javert’s cat-and-mouse relationship against the epic backdrop of France at a time of civil unrest.

No songs in this one.

Set during the final days of slavery in 19th century Jamaica, the story follows the strong-willed, young slave July on a plantation owned by her hateful mistress Caroline Mortimer.

The hugely anticipated 5th series of Luther starring Idris Elba will kick off over Christmas.

A teaser trailer put out by the BBC in early November showed the detective facing a gruesome interrogation at the hands of gangster George.

George’s son has been kidnapped and Luther becomes involved in the dangerous hunt to track him down.

Take That and Us, BBC1

To celebrate 30 years in the charts, Take That and Us will feature fans from all over the country and beyond sharing their stories of how the most successful boy band in UK chart history touched their lives – and in some cases, even changed their world completely.

Another Julia Donaldson book is adapted after the success of The Gruffalo, Room On The Broom, Stick Man and The Highway Rat.

The one-off animated special is based on accident-prone Zog, a dragon struggling to graduate from dragon school – until he meets a reluctant princess.

Six celebs return to dance it out for this festive edition of the hit show.

This year the leading ladies are Anita Rani, Ann Widdecombe and Caroline Flack, and the gentlemen returning to the ballroom are Aston Merrygold, Jake Wood and Michael Vaughan.

Doctor Who fans won’t have their usual Christmas Day fix this year, instead the festive episode will be on New Year’s Day.

As the New Year begins, a terrifying evil is stirring, from across the centuries of Earth’s history.

The Doctor, Ryan, Graham and Yaz return home, but will they be able to overcome the threat to planet Earth?

This Love Island reunion will see Caroline Flack reunite 19 of its most talked about islanders as they gather for the ultimate festive get together.

Prue Leith and Paul Hollywood will be back for a festive edition of the show.

Mrs Brown’s Boys will also be back for two festive specials, as will Bad Move starring Jack Dee, Hold The Sunset and Not Going Out.

Meanwhile David Walliams’ The Midnight Gang has also been adapted for TV, and The Inbetweeners will be back for a 10th birthday party special.

Filming has begun on the TV adaptation of my children’s book ‘The Midnight Gang’. I play the headmaster. It will be on @BBCOne at Christmas. pic.twitter.com/pB0vGQS3BK

Top Of The Pops will be back, hosted by Fearne Cotton and Clara Amfo, who will review 2018’s year in music.

Paul O’Grady: For The Love of Dogs Christmas Special will be airing sometime over the festive period on ITV.

It goes without saying that the soaps are also promising more blood, sweat and tears than an Anthony Joshua boxing match.

What festive TV show are you most looking forward to watching? Leave us a comment on our Facebook page @EntertainmentDailyFix and let us know what you think!