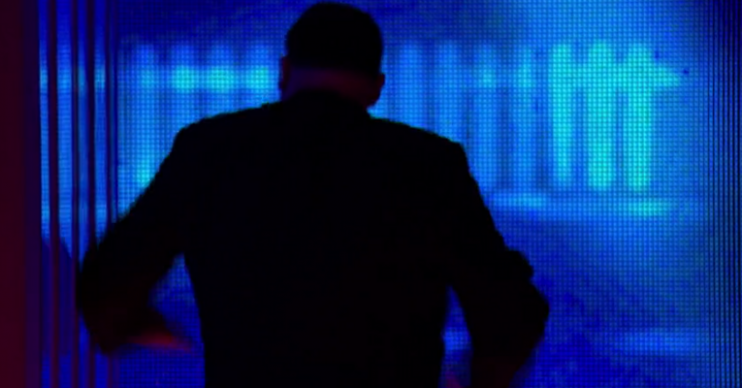 Even Bradley was lost for words... Imagine!

Fans of The Chase were left in shock when The Beast actually stormed off set after he lost to contestants Lynn and Ian in last night’s episode (Feb 20, 2020).

Although it could well have been a bit of tea-time am-dram, Bradley actually seemed speechless when The Beast (aka Mark Labbett) made his surprise exit.

The Beast has had a ‘mare!

It all kicked off when the two final contestants made it through with 16. The Chaser (still no sign of Shaun by the way!) made his first vital mistake – he showed his weakness, a cardinal sin when it comes to quizzing.

Earlier on in the episode, he had showed off that he was head of his team on University Challenge when he was younger and, let’s be honest, how many of us could say that?

Lynn had earlier wowed viewers with her broad knowledge, with Bradley saying it was one of the best cash builders he’d seen for ages. Ian, who took the minus offer much to the initial fury of fans, proved that tactics often work and the pair came out with a respectable 16.

But, letting his guard down for one brief moment before the final chase, Mark revealed: “I’m just a little bit scared, because I watched it backstage and I got three wrong.”

Never, ever show a weakness. The final chase ensued, and with four push backs, all of them quite visibly enraging The Beast more than the last, the fourth was the final straw for Mark.

Bradley asked the quizzing genius the question: “Canvey Island is in what English county?”

Without a pause, the chaser responded ‘Kent’, before immediately throwing his head back and shouting “Oh nooooo.”

Brad then offered it out to the team, with Lynn confidently responding: “Essex.”

With three questions left and only eight seconds remaining it was still possible, but Mark couldn’t quite make it.

Through gritted teeth, Mark congratulated them, saying: “Well played team, you deserve it.”

He then let out al loud growl, shockingly pushing his chair back before storming straight off the set, lashing out at the set as he left.

Bradley added: “Wow, he’s furious. And for those of you who think it’s all part of the show, it’s not, he actually is furious and has stormed off.”

Viewers were both shocked and amused to see Mark’s fury, taking to Twitter to voice their thoughts on the tense final.

Love it when @MarkLabbett gets annoyed 🙊 You are still the best Mark, not to worry 🙌🏻😂 #thechase

The Beast is my favourite chaser but he’s had one there! #TheChase

Good win for the team on #thechase despite the geezer taking the minus! And hilarious 😂 that @ITVthebeast walks off in a huff! #gangofchase

@MarkLabbett I loved tonight’s #thechase can you storm off more often? Classic

The Beast has had a ‘mare! 😂 #TheChase

Oh the beast has had a shocker! #thechase

Do you think The Beast was a sore loser? Leave us a comment on our Facebook page @EntertainmentDailyFix and let us know what you think!