Viewers had one last guffaw at Mike Bushell last night as he departed the Strictly Come Dancing competition.

And even though likeable Mike has undergone a physical transformation in losing over a stone during training and worked hard at his routines, he demonstrated that old habits die hard as he fluffed his exit.

Directed onto the dance floor for their goodbye twirl by host Tess Daly, Mike and Katya surprised the studio audience and those watching at home with a simultaneous leap and click of their heels in mid-air.

“What a gent, what a lovely man” There’s no doubt @mikebushellofficial will be missed in our #Strictly family. Well done @mrs_katjones 👏

Mike then bent over and moved towards Katya as to grab her around her waist - and it looked as if his head might end up between her legs.

But Katya, 30, quickly stopped Mike from completing his curtain call move and laughed off his premature attempt to fulfil a little flourish it appeared they may have rehearsed for.

What the hell was Mike doing to Katya??

However, following the hosts' final words, Mike and Katya proceeded with what they had planned, with him lifting her and spinning her around.

They were joined moments later by the rest of the Strictly celebs and pros who bopped their way around the studio in a conga line. 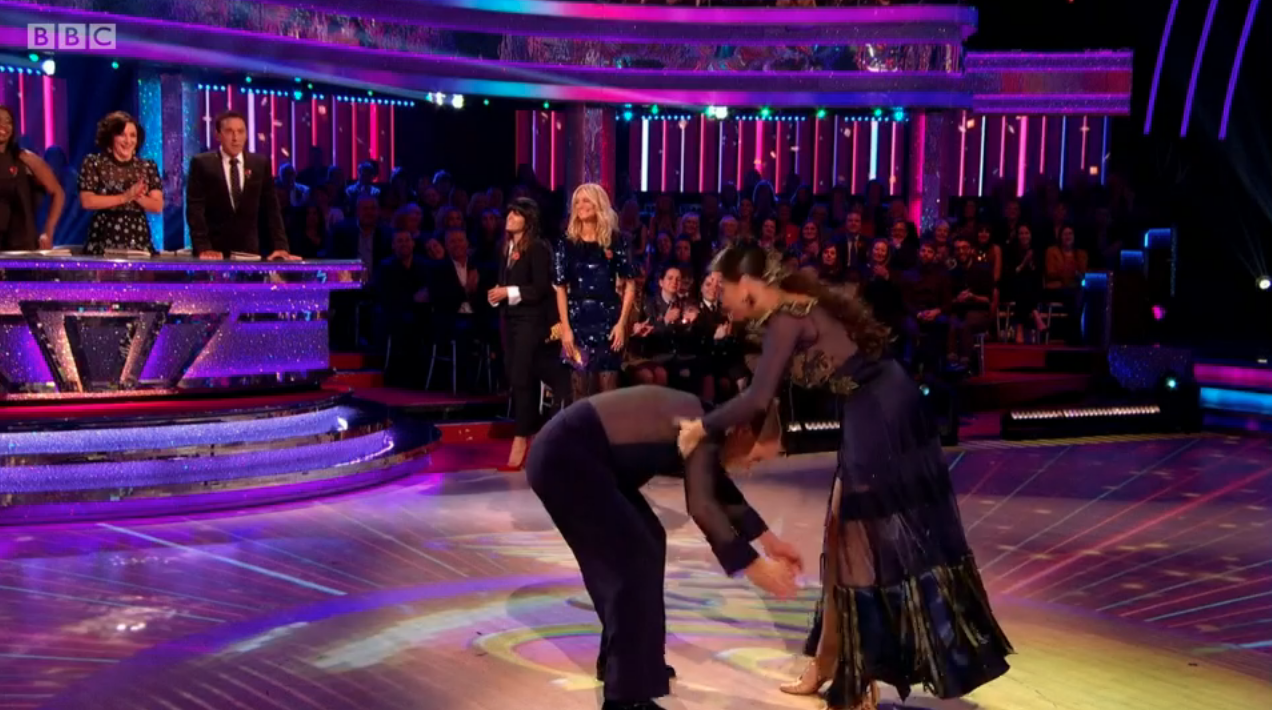 Not yet! (Credit: iPlayer)

Nonetheless, many viewers were tickled by Mike's awkward false start - and the bizarre sight of him ducking down and reaching for Katya's legs.

"What was Mike about to do with Katya's leg? LMAOOOO," laughed one fan on Twitter.

Another tweeted: "I'm crying, Mike trying to pick up Katya." 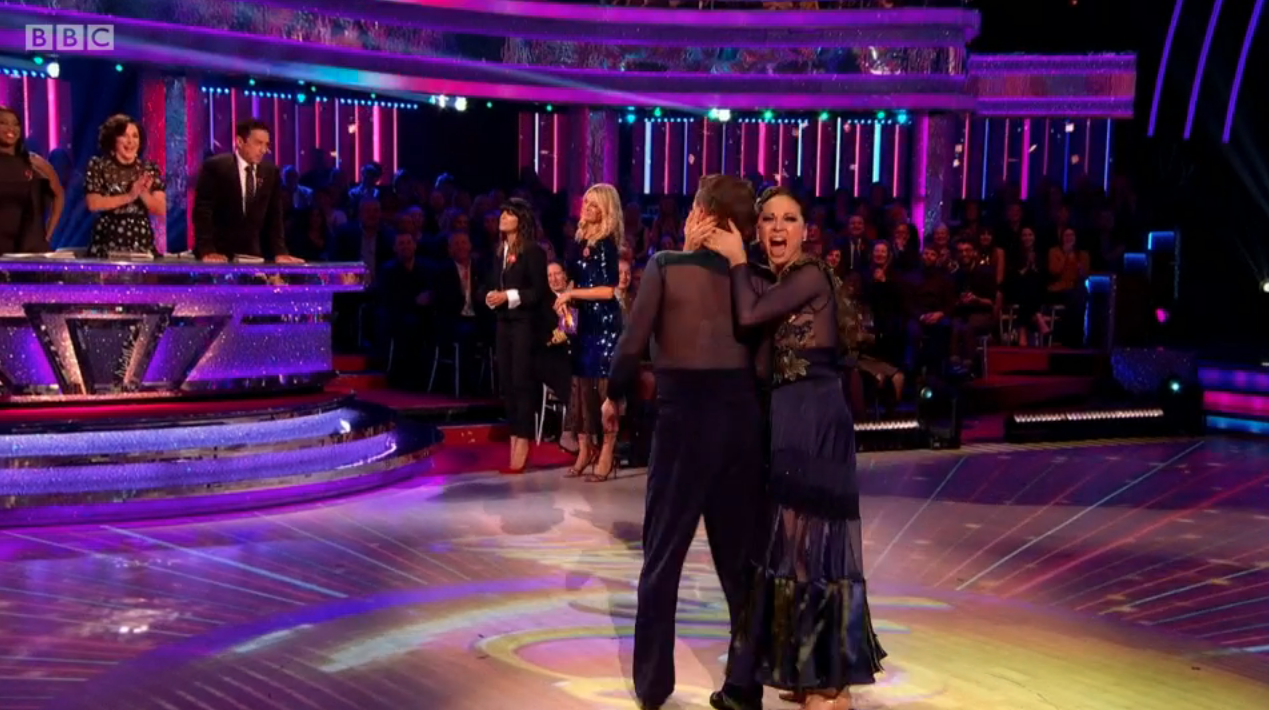 A third cheeky observer added: "Erm Mike seemed rather keen to get between Katya's legs there!!!"

"What the hell was Mike doing to Katya??" another onlooker wondered.

And another person joked: "That wasn't at all awkward was it? We will all have a lasting memory of Mike with his head stuck up Katya's frock. Lovely."

Now that's how you leave #Strictly on a high! RT to give it up for @mikebreakfast and @Mrs_katjones. 👏 pic.twitter.com/XqJLajdwkm

- Strictly Come Dancing continues next Saturday on BBC One at 7.05pm