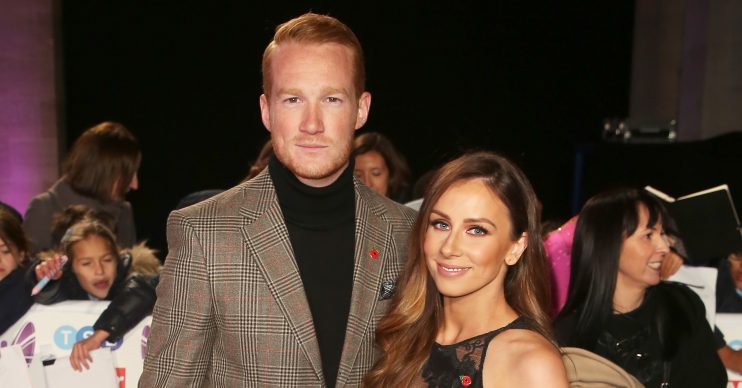 And she said yes!

Greg, 32, sounded thrilled as he announced the news to his 150,000 followers, explaining that he’d popped the question during a hike in Arizona.

And the bride-to-be, 31, looked pretty chuffed, too, as she showed off her new band, complete with a shiny (and probably very expensive) stone…

Alongside a picture of writer Susie displaying her ring, Greg told his followers: “Came to Phoenix, got myself a fiancée. Susie Verrill said yes.”

A second photo showed a close-up of Susie’s hand, giving fans a better look at the twinkly diamond inside the ring.

And some of those fans were quickly showering the happy couple with love and congratulations.

One wrote: “Omg you guys ARE THE BEST. Cannot wait to follow this wedding planning.”

Another added: “Congrats – look at you with a great taste in rocks.”

And a third gushed: “Congratulations Greg! All those crowds and I’m sure she makes your heart beat the hardest! Much love!”

Greg met Susie, a former features editor of Look magazine, back in 2012. The couple now have two sons, four-year-old Milo and and Rex, one.

Earlier this year, Susie spoke candidly about her three-month battle with hyperemesis gravidarum (HG) – an extreme form of morning sickness – while pregnant with Rex.

She told her Instagram followers: “I didn’t leave my room unless I needed a scan or to be put on a drip.

“This is a condition which leaves you unable to look at certain colours, move a matter of inches, smell the smallest of smells; it robs you of everything.

“I remember saying to my mum that all I wanted was the chance to ‘be’… without feeling like I had norovirus x 3.

“Nothing crazy, just to breathe, sit, sleep without vomiting up the tiny amount of fluid I might have got down that day.”