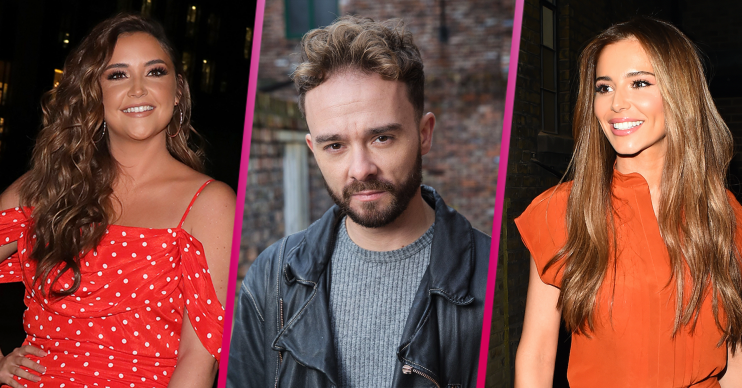 Cheryl and Jacqueline Jossa have been tipped for the new series

Ever since Kelvin Fletcher won the Glitter Ball Trophy last year, fans started speculated who might sign up for this series.

But countless TV shows, including EastEnders, Emmerdale and Coronation, have been forced to halt production due to coronavirus.

Could this mean Strictly 2020 won’t even happen? Let’s find out.

BBC boss Dan McGolpin has confirmed that the new season is still set to go ahead.

“It wouldn’t be the same if we didn’t have Strictly in the autumn, would it?” he said during an interview with Emma Bullimore on BBC Essex.

“Of course the BBC is doing everything it can, and I know that everyone involved in that production team would absolutely love that to happen this Autumn.

“So we’ve really just got to keep watching the government advice, thinking about what’s possible.

“And if there’s any way of bringing Strictly back this autumn, then we absolutely will. That’s very much our intentions, so yeah fingers crossed.”

Judges Bruno Tonioli, Craig Revel-Horwood, Shirley Ballas and Motsi Mabuse are all expected to return to the panel.

Despite fears that the BBC may have to pull the new series, show bosses have already been in talks with celebs.

BBC fans have loved watching Michelle on Our Girl.

However, with her time on the show coming to an end this spring, would she be up for a new project with the Beeb?

Rumour has it that Strictly bosses are extremely keen on signing her up.

Especially after her husband Mark Wright did so well on the series some years back.

Our suspicions are that the ball is in Michelle’s court…

Cheryl is a huge Strictly fan.

She’s been spotted in the live studio audience several times in the past.

Also, let’s not forget that the Girls Aloud star is close pals with pro Oti Mabuse.

Some fans think these are signs that Cheryl is interested in taking part in Strictly 2020.

Jacqueline proved she is celebrity reality TV gold when she won I’m A Celebrity last year.

Could her next challenge be Strictly?

BBC bosses do usually include a former EastEnders star in the line-up.

Who better than the Queen of the Jungle?

As soon as Jane announced she was stepping down from her Channel 5 cruising series, whispers began.

Fans are convinced she’s taking part in Strictly – although she’s yet to confirm.

Of course, all contestant are asked to sign a confidentiality agreement until the official line-up is announced later on in the year.

So don’t expect her to reveal anything just yet.

Jamie signed up to take part in Strictly last year.

Sadly though, after weeks of rehearsals, he was forced to pull out in week one after sustaining a serious foot injury.

Will the BBC give the Made in Chelsea star a second chance?

Rumours has it, he’s been invited back…

The rumour mill went into overdrive when his girlfriend Hanni Treweek asked for ballroom class recommendations.

She wrote: “Does anyone know of any good ballroom dancing classes in Manchester that @jackpshepherd88 and I can do?”

Jack has also admitted in the past that he’d like to sign up for the reality series.

Keep checking this page for all the latest Strictly 2020 line-up information.

We’ll be making sure this article is up to date with rumoured and confirmed celebrity contestants.

So watch this space…

Do you think Strictly 2020 should go ahead? Who would you like to see in this year’s line-up? Leave us a comment on our Facebook page @EntertainmentDailyFix and let us know where you stand.