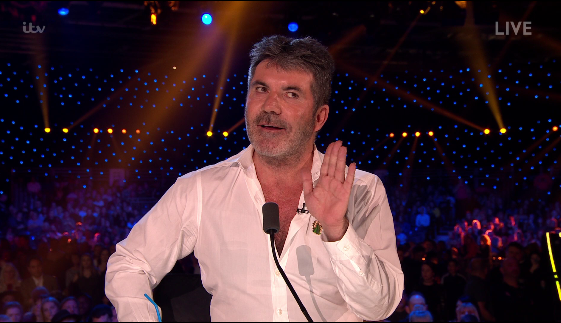 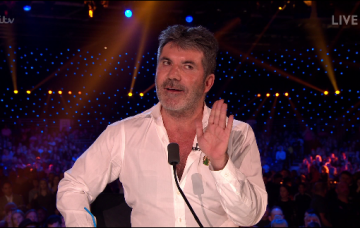 They fell out over a decade ago

While most of us would struggle to hold a grudge for fifteen long years, Steve Brookstein – the very first winner of the X Factor – says he is still waiting for Simon Cowell to say sorry for dropping him from his label just twelve weeks after the release of his album.

However, despite the apology not being forthcoming, Steve has told the The Star that he is actually now at peace with the whole sitch – and admits he wishes he and Simon had not fallen out.

He also cites the love of his pianist and singer wife Eileen as what got him through the “years of negativity and abuse” he endured after the show.

“Of course I wish I’d never fallen out with Simon,” Steve said. “I didn’t have kids at the time, and would’ve been a lot more thoughtful about risking my career if I had.”

Steve also said he was warned off speaking out about Simon by the music mogul’s then-publicist, the late Max Clifford, who reportedly told him ‘talk to the press and we’ll bury you’.

In a statement that doesn’t actually sound very much like he has made peace with the sitch at all, Steve told the paper: “If he could just accept that he made a mistake and could apologise for screwing me over, unleashing Max Clifford on me, if he could just say yes, Steve was a great singer, he had potential but certain things happened.

Steve went on to say he had been “slated” and branded “a flop and the show’s biggest ever loser” in the years since winner X Factor, but that is now ‘okay’.

Read more: Robbie Williams reveals who is the ‘brains’ behind his career

“I’ve got two gorgeous kids and a wonderful wife. It’ll be our 12th wedding anniversary next month and we’ve been together 17 years, now that is something to celebrate!” he said.

He admitted though that losing his recording contract so soon after X Factor was not easy, and did nearly ruin him.

“What happened closed a lot of doors,” he said, but added that time is a healer.

“I can finally look back and smile. But it’s taken me years to get here and at times I did find it really tough. If it hadn’t have been for Eileen and my family who knows where I’d be right now.”

According to his Wiki entry, and various pics on his Instagram, Steve is still making music, and released an album, Forgotten Man, in 2014. He also released a book the same year called Getting Over the X.

However, he most recently hit the headlines for posting crass messages on social media, including writing after the Manchester Arena bombing that Theresa May could have been behind the attack as a distraction after a difficult day of political campaigning.

Are you glad to see Steve back in the news? Should Simon apologise?  Leave us a comment on our Facebook page @EntertainmentDailyFix and let us know what you think!