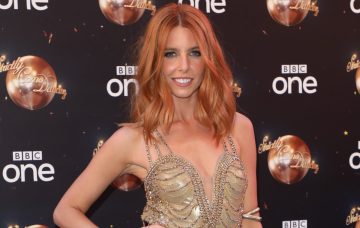 We're pretty sure her huge talent is a bigger factor...

But a new report says she might’ve had a little help from BBC bosses, as it’s claimed they’re “grooming” her to become their biggest new TV presenter.

Insiders tell The Sun that producers are “doing everything” to promote their favourite contestant – along with her professional dance partner Kevin CLifton – to give her an edge ahead of her rivals, Steps star Faye Tozer, Pussycat Dolls’ Ashley Roberts, paralympian Lauren Steadman, and YouTuber Joe Suggs.

Sources say the BBC is keen to help Stacey, 31, who is best known for her BBC3 documentaries, in the hopes she will become “the modern, inclusive face of the broadcaster” after a recent backlash over gender discrimination and pay at the channel.

It follows viewers accusing the Strictly judges of being too generous with their scores for Stacey. Former dancer James Jordan tweeted last week that: “I actually REALLY enjoyed Stacey and Kevin’s performance but I HATE how much they are pushing them.”

Others agreed, writing: “I totally agree with @The_JamesJordan. I’ve never thought @bbcstrictly show push a favourite, however, this year is so rigged towards @StaceyDooley. Don’t get me wrong, she’s great but she is always given the spotlight and also Shirley Ballas’ bias towards them…ridic.”

A third wrote: “The judges ignore @StaceyDooley awful footwork/technique every week but give her tens. I would really like to see one of their routines stripped to the dancing content only without all the smoke and mirrors.🤔.”

A fourth accused her of not doing much, commenting: “Is it just me or does Stacey Dooley just get carried about a lot, stand stationary surrounded by dancers and only actually dance for 20 seconds of a 90 second dance? BBC bias at its best. #Strictly #SCD #StrictlyComeDancing2018.”

Most are Team Stacey, though, commenting: “Good luck wishes being sent to @StaceyDooley and @keviclifton for @bbcstrictly tonight ❤️ You guys work so incredibly hard and are truly amazing 🌟 Just go out and enjoy every single precious moment… ❤️.”

Even actress Sheridan Smith is backing her, tweeting: “Come on guys @StaceyDooley to WIN!This beautiful girl has properly learned a brand new skill and put her genius mind to it like the G she is! #voteStacey #strictly2018❤️👯‍♀️👑 this show should be about a break through Queen❤️😭 love u gal 💕.”

It comes days after Stacey posted a cute picture with her boyfriend, Sam Tucknott, after rumours that the ‘Strictly Curse’ was impacting her relationship.

It was claimed that Sam – who she’s been dating for three years – was “insanely jealous” about her closeness to professional dance partner Kevin.

On Wednesday, the documentary-maker shared a black and white Instagram snap of her and Sam snuggled up on a flight – and she very bluntly captioned it with the fist emoji.

Do you think judges have been playing favourites with Stacey? Leave us a comment on our Facebook page @EntertainmentDailyFix and let us know what you think. 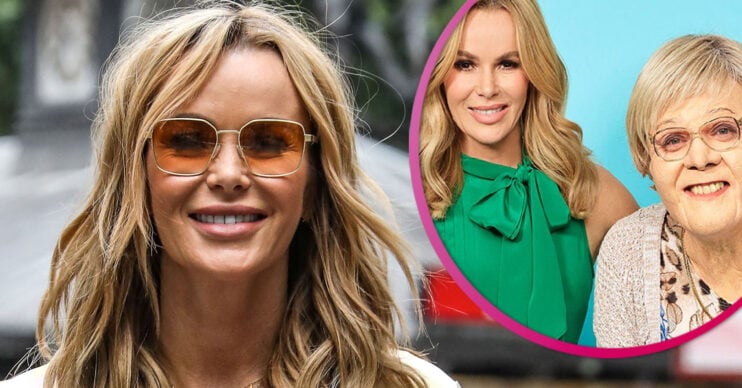