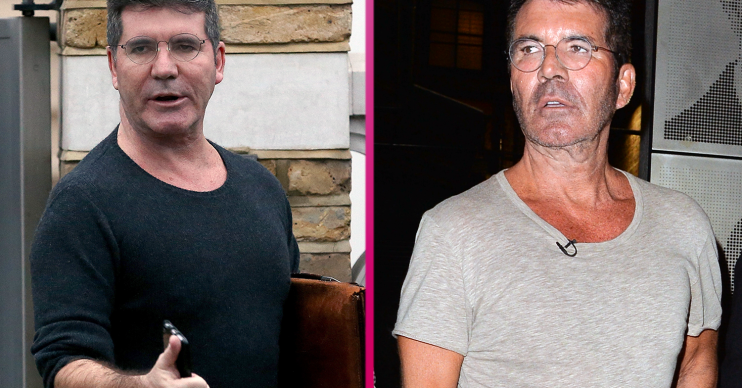 The Britain's Got Talent judge has lost three stone

Simon Cowell’s incredible three stone weight loss was on show for all to see at the Britain’s Got Talent auditions.

The 60-year-old shed the pounds after deciding to transform his lifestyle following a health scare in 2017.

While at home, the music mogul collapsed and was rushed to hospital as he feared he’d broken his neck.

Although he made a full recovery, the terrifying incident marked the start of a new chapter for Simon.

How did Simon Cowell lose weight?

Simon was able to achieve his dramatically slimmed down physique by following a strict vegan diet.

Previously, he had been a fan of foods like hamburgers and spaghetti.

But his health scared encouraged him to reevaluate his diet.

“I cut out a lot of the stuff I shouldn’t have been eating and that was primarily meat, dairy, wheat, sugar — those were the four main things.” he told The Sun.

Previously, he had still been eating fish, but last year, he cut this out of his diet too.

“It was way easier than you may think. Like, I used to have yoghurt in the morning and I changed it to almond-milk yoghurts. I have almond milk in my tea,” he added.

“I can eat certain fruits but not all fruits. You have to be careful because some fruit can have more sugar than a can of Coke.”

Since losing the weight, Simon has said that he feels and looks better.

In fact, he claims he noticed a difference within just a week and admitted he felt more energised and found it easier to sleep.

What exercise does Simon Cowell do?

In addition to losing weight, Simon has also toned up.

He’s achieved this by sticking to a demanding workout plan.

The music mogul ensures he does at least 500 press ups a day and also works out by lifting weight.

Simon enjoys walking and bike rides too, which help keep him in shape.

What does Simon Cowell’s weight loss mean for Britain’s Got Talent?

According to Amanda Holden, Simon’s nasty side could be set for a huge comeback.

“I’m hoping that [the weight loss] means he gets back to being more evil, because I think he’s gone a bit soft,” she said.

Behind-the-scenes, his new lifestyle has had an impact on the time he spends with the other judges.

Now though, he’s missing out on the after-show ritual.

Amanda added: “I used to love having our dinners together. It was part of our chat on the panel.”

Britain’s Got Talent is on ITV, Saturdays at 8pm