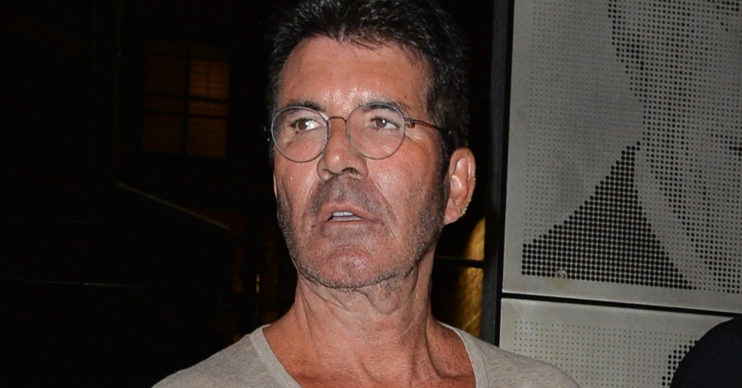 The pooch was saved from Thailand's illegal meat trade

Simon Cowell is reportedly moved to tears in tonight’s BGT over a dog called Miracle.

According to The Sun, the Britain’s Got Talent boss, 60, will be seen welling up as he is introduced to the mutt and his owner Amanda Leask.

Cross-breed Miracle was rescued from Thailand after being stuffed into a cage with 1,000 other dogs.

He was destined for the illegal meat trade by a rescuer who spotted he was still alive and grabbed him.

Amanda explains Miracle’s past to Simon and the rest of the judges – Amanda Holden, Alesha Dixon and David Walliams – and emotions run high.

She tells them: “Miracle has been at the heart of our family for six years but he wasn’t always as happy and healthy as he is today.

When the rescuer first saw him she thought he was dead but when her camera flashed, he opened an eye.

“He spent the early part of his life in unimaginable conditions as a victim of the dog meat trade.

“When the rescuer first saw him she thought he was dead but when her camera flashed, he opened an eye.

“It was a miracle he was still alive.”

According to the Scottish Daily Record, Amanda had been researching Thai rescue dogs online when she read about Miracle.

She then managed to track him down before flying him to Scotland where she has cared for him ever since.

Miracle is said to have a very close bond with Amanda’s son Kyle, who has cerebral palsy and autism.

Tonight (Saturday May 9, 2020), Miracle will be seen performing some impressive magic tricks alongside Amanda during their audition.

Simon, who seems most taken by him, is a huge animal lover and has a soft spot for dogs in particular.

He also now cares for his late-mum’s dog, Freddy, and was said to have adopted a fourth dog called Daisy in 2018.

Daisy was rescued as a stray in Barbados and Simon apparently decided to give her a home after meeting her at a charity auction.

Meanwhile, Amanda Holden has confirmed that this year’s BGT live finals will go ahead despite the coronavirus pandemic.

But viewers will just have to wait a bit longer to watch.

The star told HuffPost UK: “All of the main judges have been given a date to hold in early autumn to see if it works live.”