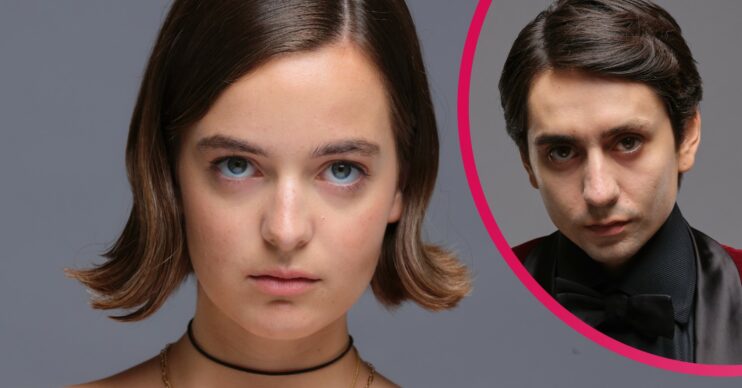 Showtrial on BBC One: Is Talitha guilty? Top theories on who killed student Hannah Ellis

Showtrial continues on BBC One this weekend following the high-profile trial of murder suspect Talitha Campbell – but is Talitha guilty in Showtrial?

But is she responsible for more than a few nasty messages?

Here’s the top theories on who really killed Hannah, and whether Talitha is guilty in Showtrial.

Read more: Showtrial on BBC One: Who is in the cast and where have you seen them before?

Is Talitha guilty in Showtrial?

Talitha Campbell has been charged with murdering Hannah Ellis and is the prime suspect from the opening credits.

Hannah, a former friend of Talitha, disappeared after working at a party – which Talitha attended as a guest.

Police found Hannah’s corpse the next day, having been weighed down and thrown in the river.

The evidence against Talitha mounted up, and not just because of a string of cruel texts exchanged between the pair.

The crucial piece of evidence? Hannah was strangled with the very same green silk scarf that Talitha was wearing to the party.

Of course, this is TV land, and that doesn’t mean Talitha is guilty – even though she does come across as a total [bleep].

Sneering Talitha is the daughter of one of Britain’s wealthiest families, and her lack of empathy for the dead girl is horrifying.

Just because she’s horrid, though, doesn’t mean she’s a killer.

Did she take out her frustrations on rival Hannah?

Or did someone else find/steal her scarf and plant it at the scene?

Is Talitha guilty in Showtrial? Or was it best mate Dhillon Harwood?

With the murder trial fast approaching in Showtrial, the legal teams must prepare for trial.

Each team must investigate the relationship between Talitha, Dhillon and Hannah – which was clearly squirming with resentment, lust and envy.

In upcoming episode three, viewers discover evidence of a cover-up of a harassment accusation against Dhillon.

But politician mum Meera soon manages to dredge up some more salacious aspects of Talitha’s history and relationship with her lecturer to divert attention from her beloved son.

There certainly seems to be something very fishy about Dhillon.

He seemed to be obsessed with Hannah and was constantly filming her.

In episode one, Dhillon’s mother reminds him that whenever Talitha would get into trouble at school, Dhillon would often be drawn into it.

But could it be the other way around?

Of course, viewers know that Dhillon – the son of a prolific MP – is implicated in the crime.

He and Talitha are ultimately tried together for murder – could they have killed Hannah together?

The other obvious suspect after episode one is drug dealer Troy Manners.

Talitha sent messages to Hannah before her disappearance, one of which alluded to paying someone to harm her.

And CCTV shows Talitha handing Troy what looked like a considerable amount of cash.

Is Talitha guilty in Showtrial? Is there another suspect?

Episode two of five airs on Sunday December 7 2021 – so we may not have encountered all the suspects yet.

There are five episodes in the series, so still quite a way to go.

We’re told that, in episode two, “a new suspect gives the police a different version of events”.

Of course, those of you who have binged the entire series on iPlayer may already know the answer to the question ‘is Talitha guilty in Showtrial?’

No spoilers here, though!

Showtrial episode two airs on Sunday November 14 2021 at 9pm on BBC One. The entire series is available to watch on BBC iPlayer.

Is Talitha guilty in Showtrial? What do you think? Leave us a comment on our Facebook page @EntertainmentDailyFix.