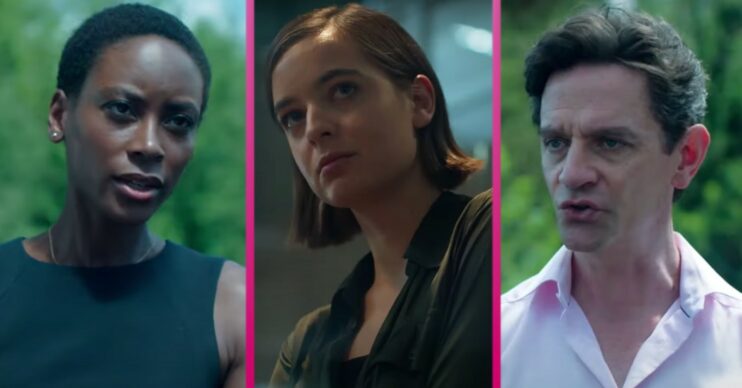 Showtrial on BBC One: Who is in the cast and where have you seen them before?

Recognise the face but can't place the performer? ED has all the answers!

Is there anything more irritating than recognising an actor in a programme and not being able to place them? Thankfully, we’re here to help when it comes to who’s who’s in the Showtrial cast.

Talitha is charged with conspiring to murder a fellow student. And the trial that follows grips – and divides – the nation.

The prosecution weaponises Talitha’s gender and her privileged background against her. But is she a scapegoat, or a callous killer?

Tracy plays Cleo Roberts, a duty solicitor tasked with defending her obnoxious client against the odds.

She has previously starred in two episodes of Doctor Who as Abigail Naismith.

However, Tracy has also enjoyed success in several US TV series, including Crossbones, The Original, Treadstone, Quantico and Legends of Tomorrow.

Belgian-British actress Celine might be best known as Kitty Langham in Bridgerton.

But you may also have spotted her in episodes of Free Rein, Warrior, Endeavour and film War Horse.

James has a hatful of TV and film credits to his name, spanning back nearly thirty years.

He will certainly be recognisable to fans of The Tudors, where he played Thomas Cromwell.

Sinead had a breakthrough TV role as werewolf Nina Pickering on BBC Three’s Being Human.

She has also appeared in Uncle, Taggart, Little Boy Blue and a couple of Victoria Wood comedy specials.

DC Andy Lowell is played by Christopher Hatherall, who has had roles in Silent Witness and Doctors.

Joseph Payne plays Dhillon Harwood in Showtrial. He has previously been seen in The Witcher on Netflix.

Virginia Hoult is played by Sharon D Clarke. She is perhaps best know as Lola Griffin in Holby City and as Grace O’Brien in Doctor Who.

Lolita Chakrabarti (Meera Harwood) most recently played a Lieutenant Commander in Vigil. But her TV credits also include Outnumbered and Extras.

Showtrial begins on BBC One, Sunday October 31, from 9pm.