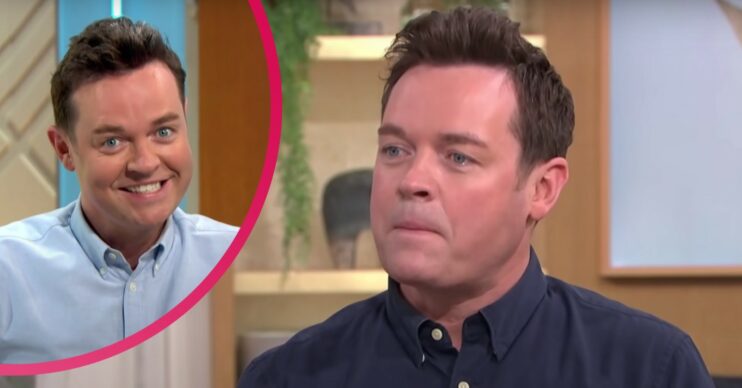 Devoted Stephen was inspired many years ago

Stephen Mulhern has legions of fans who all love every TV show he appears in, whether it be Celebrity Catchphrase or Saturday Night Takeaway.

But even though he’s wildly popular with viewers, a lot of Stephen‘s private life remains that way.

He’s previously been linked romantically with an EastEnders star. The ITV presenter has also explained how his busy work life has impacted dating for him.

But Stephen, 44, has also opened up before now about the “love of his life” on more than one occasion… and it might surprise even his biggest fans.

Back in August 2020, Stephen told the Mirror the “greatest love of his life” is his piano.

He said how he loved music and drama at school – and it seems he may have inherited his enthusiasm for the instrument he would come to adore.

Stephen told the news outlet: “My dad was a big fan of John Lennon. Lennon had this white grand piano in the corner of his living room.

“After I got my first big job on Saturday morning kids’ TV, I bought one from an old theatre. It had been used in various shows and it felt good.

“I learnt to play at school. And I’d jump on a bus and go to a musical school at the weekend in East Ham.”

But that wasn’t the first time Stephen revealed his devotion to music.

In April 2017, he told the Express that his “secret talent” is not only playing the piano, but the violin too… and to a high standard!

Stephen told the news outlet: “I started when I was nine and went to the Royal Academy of Music until the age of 16.

I went to the Royal Academy of Music until the age of 16.

“Nigel Kennedy inspired me to play the violin.”

And in April 2020, Stephen reaffirmed just how precious his piano is to him in a chat with The Sun.

Asked what possession he’d rescue from a burning building, Stephen picked out his musical fave… even though he did acknowledge it might be a bit of an operation to save it from the flames.

“My piano, although I might break my back doing it,” Stephen answered.