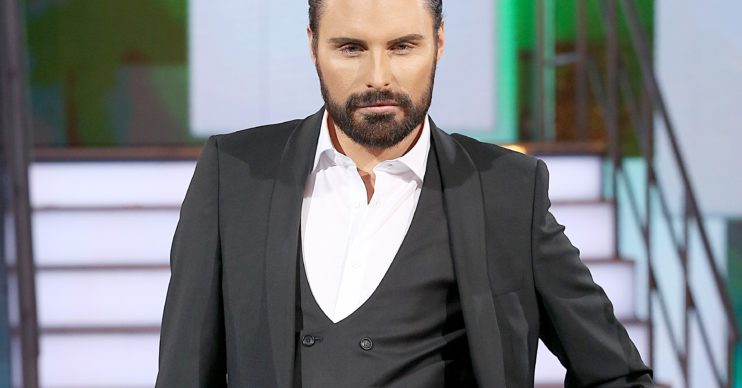 It has been 20 years

It showed the presenter and former contestant alongside Davina McCall.

He added the caption: “12-year-old me just had the time of his life today. Thank you @davinamccall #BBUK forever!”

So 12 year old me just had the time of his life today. Thank you @davinamccall . #BBUK forever! @e4grams @channel4 ❤️👁

The image showed Rylan holding up his hand next to Davina to make a heart shape.

The pair were clearly filmed in different locations in order to stick to social distancing rules.

Blast from the past

Davina and Rylan, who hosted Big Brother and Bit On The Side respectively, will both comment on iconic episodes from the 19 series run.

The snap comes just as the first teaser for the special episode was revealed this week.

The brief clip shows a series of memorable moments from the groundbreaking show.

The clip reminisced on events such as Brigitte Nielsen’s surprise to see her former mother-in-law Jackie Stallone entering the house.

It also showed Nikki Grahame’s notorious rant when she was left screeching ‘who is she?’ in the diary room during series seven.

The words “there’s a good pussycat” can also be heard.

Most viewers will never forget the moment politician George Galloway pretended to be a cat on the celebrity version of the show.

Big Brother: Best Shows Ever Show, will give E4 audiences their reality fix for the summer.

Some shows, including Love Island, have been postponed due to social distancing rules.

The show will revisit some of the juiciest, most memorable Big Brother and Celebrity Big Brother episodes.

Davina, who filmed from her home during lockdown, said: “I lived and breathed Big Brother for 11 years of my life. I didn’t miss one single episode.”

Rylan, who presented Big Brother’s Bit On The Side and starred in the celebrity version of the show, added: “After being off air for nearly two years I’m so excited to be bringing some much-needed Big Brother back to our lives.

“Over the years Big Brother has brought ground breaking television moments for many reasons, but now so more than ever whilst we’re all playing the role of housemates, let’s go back and rewind the clock to some of our favourite ever episodes.”

Will you be tuning in? What were the best moments of Big Brother in your eyes? Go to our Facebook page @EntertainmentDailyfix and leave a comment to let us know what you found most memorable.