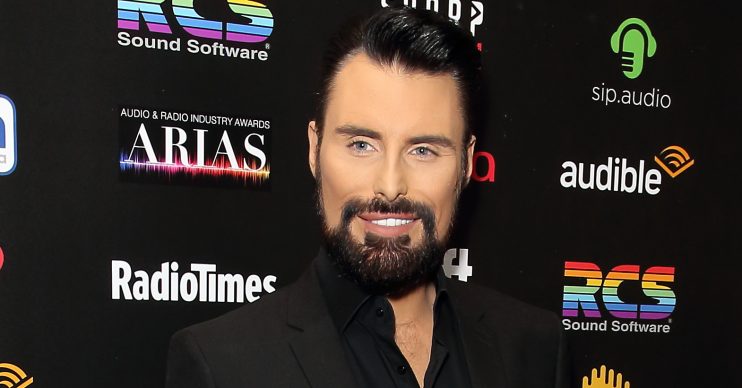 Rylan Clark-Neal reacts to his mention in Coronation Street

Coronation Street mentioned Rylan Clark-Neal last night and the presenter has now reacted to it.

In the Wednesday night’s episode of Coronation Street, Sean Tully, payed by Antony Cotton, was speaking about his crush on Krishnan Guru-Murthy and how he had a dream he took out a restraining order against him.

Alina then said to Sean: “Oh I love Rylan,” and Sean replied: “Rylan? I think we’re both barking up the wrong trees there, dear.”

Rylan must have heard or seen his mention as last night, he retweeted the clip from the show and wrote: “Made it @antonycotton @itvcorrie.”

A second tweeted: “This is great Rylan! x.”

Another added: “Well done, your name on the cobbles.”

Rylan is one of the many celebs who have made an appearance or received a mention on the popular ITV soap.

Earlier this year, Stacey Solomon and the Loose Women panel were overjoyed when they got a mention from the iconic Gail Platt.

Last year TV presenter and Lorraine host, Lorraine Kelly, made an appearance on the soap as Gail shot her in the leg with an arrow at a holiday park.

The appearance came after she was mentioned by character Gemma Winter, who said she wished Lorraine was her mum.

The show host also appeared as a police officer on Corrie back in 2012 and she ended up in a tug of war with Michelle Keegan’s character, Tina McIntyre, over a jug of eggnog.

Shortly after Gail and Lorraine’s encouncter, Gail’s son David joked that he had to stop his mum from throwing a tomahawk at Piers Morgan.

The Good Morning Britain presenter was left confused by his mention and responded in a tweet asking why Gail wanted to throw a tomahawk at him.

In 2018, This Morning presenters Holly Willoughby and Phillip Schofield also made appearances on Coronation Street as characters Craig Tinker, Gemma Winter and Rosie Webster were invited on to the daytime TV show after a drugs bust.

Which celebrities would you like to see appear in Coronation Street?

What have been some of your favourite celeb mentions in Corrie? Leave us a comment on our Facebook page @EntertainmentDailyFix and let us know what you think!