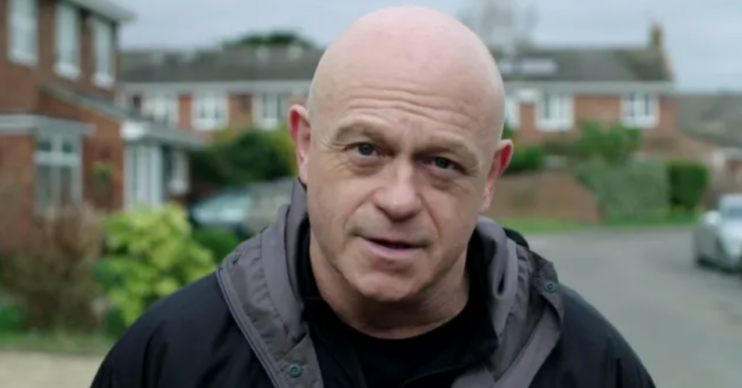 He's hinted episode two is an even tougher watch

The subject of dementia is very close to Ross Kemp’s heart – close friend Barbara Windsor is living with the cruel illness and his grandmother has been diagnosed.

The 55-year-old has been overwhelmed by the response to his new documentary series Ross Kemp: Living With Dementia, which began on ITV last night (June 11).

Jerry’s wife spoke of her guilt at being able to continue to live her life and follow her passions while Jerry, whose mobility is deteriorating, has been robbed.

Their young son spoke eloquently and heartbreakingly about not recognising his dad’s voice when he watches back old family videos.

He admitted it is hard to watch his dad get frustrated with him when he struggles to communicate.

Ross also paid a visit to Barbara and husband Scott’s house and, while she didn’t appear on screen, the documentary maker shared his heartbreak over their encounter.

“I’ve been in Barbara Windsor’s house for just a few minutes. I’m sitting down with a cup of tea and a biscuit with my friend of three decades. I’m taken aback, but I can’t show it.

“When I arrived, she greeted me with a hug, as one of her ­closest friends.”

The Grant Mitchell actor continued: “Barbara was my TV mum on EastEnders and is hilariously funny and ­vivacious, with a rapier wit – we’ve always had a giggle, on and off set.

“But now she clearly has no idea who I am.”

The programme received an extraordinary response from viewers, many of whom have personal experience of the illness.

Last night I watched @RossKemp ‘living with dementia’. Heartbreaking & necessary insight into what it’s like to have dementia for the person & loved ones. I found @alzheimerssoc a great resource when my mother was diagnosed, and through the remainder of her life #Dementia

‘ I still love the bones off the woman, but it’s not the Barbara I knew’ Brave honest words by Scott Mitchell @ITV #livingwithdementia @AlzResearchUK I’m sure this reflects the feelings of many carers #CarersWeek 🙏🏼🙏🏼💕💕

Full credit to @RossKemp for highlighting #Alzheimers in the new series #LivingWithDementia on @ITV.

No one will fully understand the effects of such a cruel condition until you have it or you have a loved one with it.

Seeing the light fade in a loved ones life is hard to see.

Ross implored viewers to watch again next week, but he hinted the second episode would be even tougher to watch.

He wrote on Twitter: “Dementia has no cure so please watch next Thursday where we look at how young some people are who are living with it.

“And Scott, Barbara’s husband, gives an honest and emotional interview. Thank for watching and sharing your stories with me tonight.”

Dementia has no cure so please watch next Thursday where we look at how young some people are who are living with it and Scott, Barbara’s husband, gives an honest and emotional interview. Thank for watching and sharing your stories with me tonight