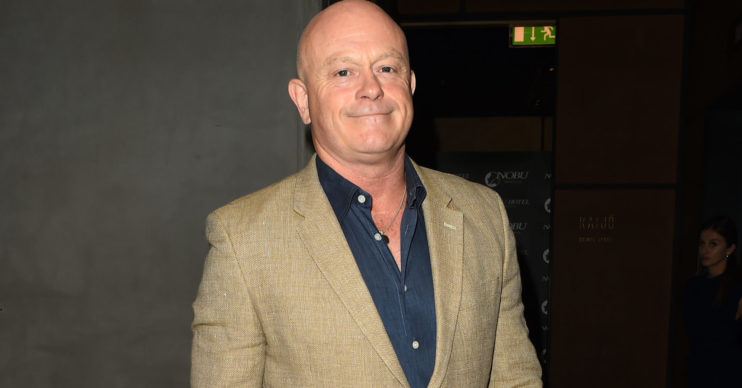 The pair played mother and son on EastEnders

TV star Ross Kemp has revealed his heartache after Dame Barbara Windsor failed to recognise him as she battles dementia.

The 82-year-old actress – who starred alongside Ross as Peggy Mitchell on EastEnders – was first diagnosed with the condition in 2014.

Since then, her condition has progressively deteriorated.

Opening up on his documentary Ross Kemp: Living With Dementia, Ross, 55, recalled the emotional moment he and his on-screen mum reunited.

“I’ve been in Barbara Windsor’s house for just a few minutes. I’m sitting down with a cup of tea and a biscuit with my friend of three decades. I’m taken aback, but I can’t show it.

“When I arrived, she greeted me with a hug, as one of her ­closest friends.”

The Grant Mitchell actor continued: “Barbara was my TV mum on EastEnders and is hilariously funny and ­vivacious, with a rapier wit – we’ve always had a giggle, on and off set.

She clearly has no idea who I am.

“But now she clearly has no idea who I am.”

Barbara lives with her husband and primary carer Scott Mitchell, 56.

Ross added: “On the wall opposite where I’m sitting on the sofa, Barbara’s husband Scott has put up a ‘memory board’ to remind her she is married to him, he loves her, and that this is her house – but mainly to remind her who she is.

“The impact of her dementia can lull you into a false sense of security.”

Ross said the motivation for the ITV series was to gain an ­understanding of how families cope with the heartbreaking disease.

Meanwhile, his own grandmother was also diagnosed with dementia.

He told Best magazine: “I had lunch with Barbara recently. She’s fantastic. We laugh a lot, she’s great on the past too.

“She can remember all her Carry On jokes and also songs from the old time music hall. The other day, she sang ‘The Boy I Love Is Up In The Gallery’.

“[Her memory] is not so good when she tries to remember things from day to day.”

Barbara’s husband Scott also said that she’s still got a sense of humour.

He revealed: “The thing that we know about dementia and Alzheimer’s is that it’s a progressive illness, so you know you’re heading in one direction.

“So, yes, things progress but she still has that wonderful sense of humour, she can still laugh and have a giggle and watch telly, and we go out occasionally.”